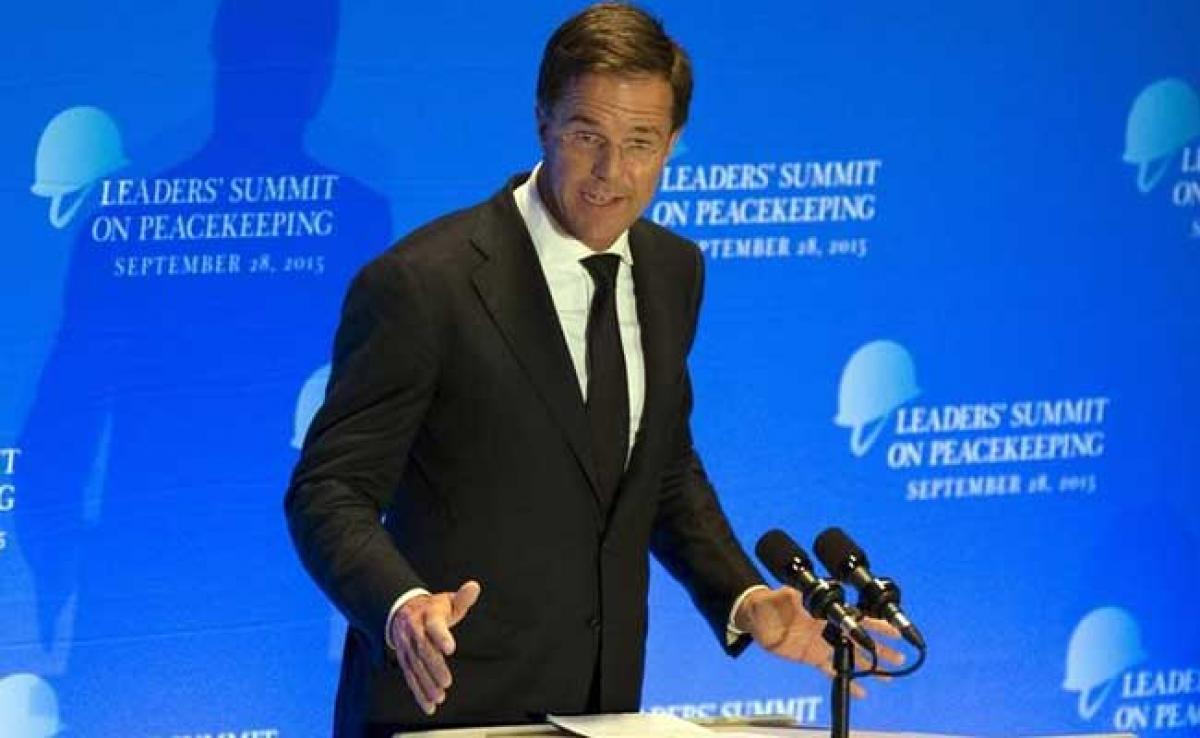 Dutch Prime Minister Mark Rutte said on Sunday he would do everything to \'de-escalate\' a diplomatic confrontation with Turkey he described as the worst the Netherlands has experienced in years, after two major incidents on Saturday.

Dutch Prime Minister Mark Rutte said on Sunday he would do everything to 'de-escalate' a diplomatic confrontation with Turkey he described as the worst the Netherlands has experienced in years, after two major incidents on Saturday.

Turkey told the Netherlands that it would retaliate in the 'harshest ways' after Turkish ministers were barred from speaking in Rotterdam in a row over Ankara's political campaigning among Turkish emigres.

'I've never experienced this before, but we want to be the more prudent party,' Rutte said.

'If they escalate we will have to respond, but we will do everything in our power to de-escalate,' he added.

First, on Saturday, Turkey attempted to send its foreign minister to the Netherlands to hold a rally among Dutch-Turkish immigrants in support of a referendum campaign which aims to give President Recep Tayyip Erdogan new powers. The Netherlands, which had asked the minister not to come, revoked landing permission for his plane.

Later the same day, Turkey's family affairs minister travelled from Germany and attempted to address a large crowd in Rotterdam. She was stopped by Dutch police, declared an undesirable alien and escorted back to the German border.

Around 2,000 Erdogan supporters demonstrating with Turkish flags in front of the Turkish Consulate in Rotterdam were dispersed in the early morning hours by military police using horseback charges and water cannons.

Erdogan threatened the Netherlands with economic sanctions and called the Dutch government 'Nazi remnants and fascists.'

"The Netherlands will not let itself be blackmailed," Rutte said on Sunday.

Rutte, who is running neck and neck with anti-Islam politician Geert Wilders in Dutch elections to be held on Wednesday, said the Netherlands was within its rights to block Turkish rallies here, as they present a threat to public order.

Around 500,000 Turkish immigrants and their children live in the Netherlands, most of them holding dual nationality and eligible to vote in both countries.