Brexit explained: What's next on the UK's road out of the EU 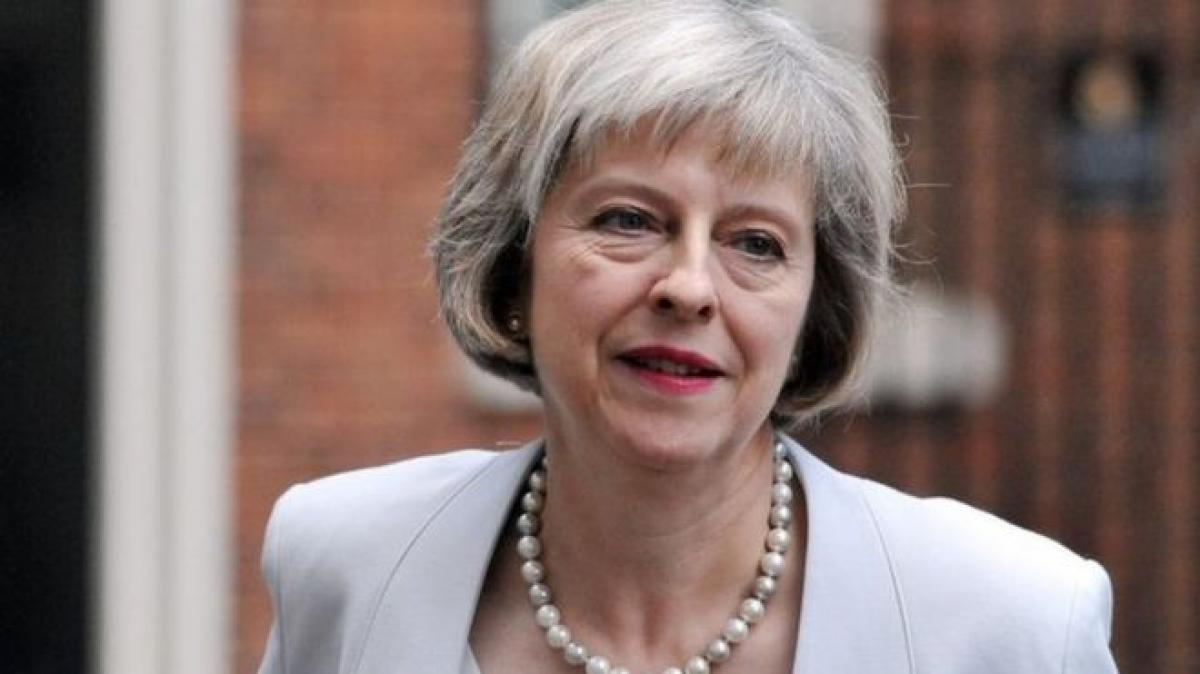 Britain\'s Parliament has told Prime Minister Theresa May she can file for divorce from the European Union. She will send the formal letter by the end of March. Then comes the hard part - the arguments, the lawyers, the squabbles over money. Here\'s a look at the main issues and what happens next.

Britain's Parliament has told Prime Minister Theresa May she can file for divorce from the European Union. She will send the formal letter by the end of March. Then comes the hard part - the arguments, the lawyers, the squabbles over money. Here's a look at the main issues and what happens next.

What is the EU and why is Britain leaving?
The EU is a bloc of 28 nations sharing relatively open borders, a single market in goods and services and - for 19 nations - a single currency, the euro.

Britain joined in 1973 but has long been a somewhat reluctant member, with a large contingent of euroskeptic politicians and journalists regularly railing against regulations imposed by the EU's headquarters in Brussels.

Former Prime Minister David Cameron offered voters a referendum on EU membership, and in June they voted by 52-48 percent to leave.

How does Britain file divorce?
The bill passed by Parliament late Monday authorizes the British government to invoke Article 50 of the EU's Lisbon Treaty, which says a member state may "notify the European Council of its intention" to leave the bloc.

Later this month, May is expected to send the notification in a letter to Council President Donald Tusk and then announce the news, probably to Parliament.

That sets a clock ticking: Article 50 says that two years from the moment of notification, "the Treaties shall cease to apply" and Britain will no longer be an EU member.

Whose move is it now?
The timing of Article 50 was up to Britain. What happens next is up to the EU.
Tusk says that that once EU officials get Britain's notification, they will respond within 48 hours, offering draft negotiating guidelines for the 27 remaining member states to consider. Leaders of the 27 nations will then meet to finalize their negotiating platform; if Article 50 is triggered this week, the meeting will be on April 6.

"Then we meet and we start," U.K. Brexit Secretary David Davis said Sunday. "And I guess the first meeting, bluntly, will be about how we do this? How many meetings, you know, who's going to meet, who's going to come."

Substantial talks may have to wait until after France's two-round April-May election for a new president. Another hiccup could be Germany's September election, which will determine whether Chancellor Angela Merkel gets another term.

Who conducts the negotiations?
On the British side, Davis will take the lead, reporting to May. Britain's ambassador to the EU, Tim Barrow, will also play a major role, and the Foreign Office will talk to individual member states to try to get them on its side.

On the EU side, it's complicated. As Britain's Institute for Government recently pointed out, "the U.K. is negotiating with 27 member states, not a unified bloc."

French diplomat Michel Barnier is the chief negotiator for the European Commission, the bloc's executive arm. He'll receive direction from the Council, which represents the leaders of the member states.

The European Parliament also wants a say, and will have to approve the final deal between Britain and the bloc.

What is the most pressing issue?
Britain's vote to leave the EU has meant uncertainty for 3 million EU citizens living in the U.K., and 1 million Britons who reside in the 27 other nations of the bloc. Both sides agree that providing a guarantee that they will be able to stay where they are is a top priority.

What will be the main conflicts?
The first major battle is likely to be about money. The EU says Britain must pay a hefty divorce bill of up to 60 billion euros ($64 billion), to cover EU staff pensions and other expenses the U.K. has committed to. Britain hasn't ruled out a payment, but is sure to quibble over the size of the tab.

There's also likely to be friction over Britain's desire to have free trade in goods and services with the bloc, without accepting the EU's core principle of free movement of workers. Britain has said it will impose limits on immigration, and so will have to leave the EU's single market and customs union. That makes some barriers to trade seem inevitable.

When will it be over?
Under the terms of Article 50, Britain will cease to be an EU member in March 2019. But EU negotiators warn it could take two years just to settle the divorce terms; agreeing a new relationship between the U.K. and the EU could take years longer. If the rest of the EU agrees, the two-year negotiating period can be extended, with Britain still in the EU. Or, the two sides could agree on a transitional period. There's also a chance Britain could walk away early without a deal if it thinks talks are going nowhere.

Is Brexit a one-way ticket?
The British government has said firmly that it will not backtrack on Brexit. But it's unclear whether Article 50 is legally reversible. Former British ambassador to the EU John Kerr, who wrote Article 50, says "it is not irrevocable. You can change your mind while the process is going on."

However, domestic political pressures make it unlikely that the British government would try a U-turn. May will probably take her cue from a catchphrase of predecessor Margaret Thatcher: "The lady's not for turning."