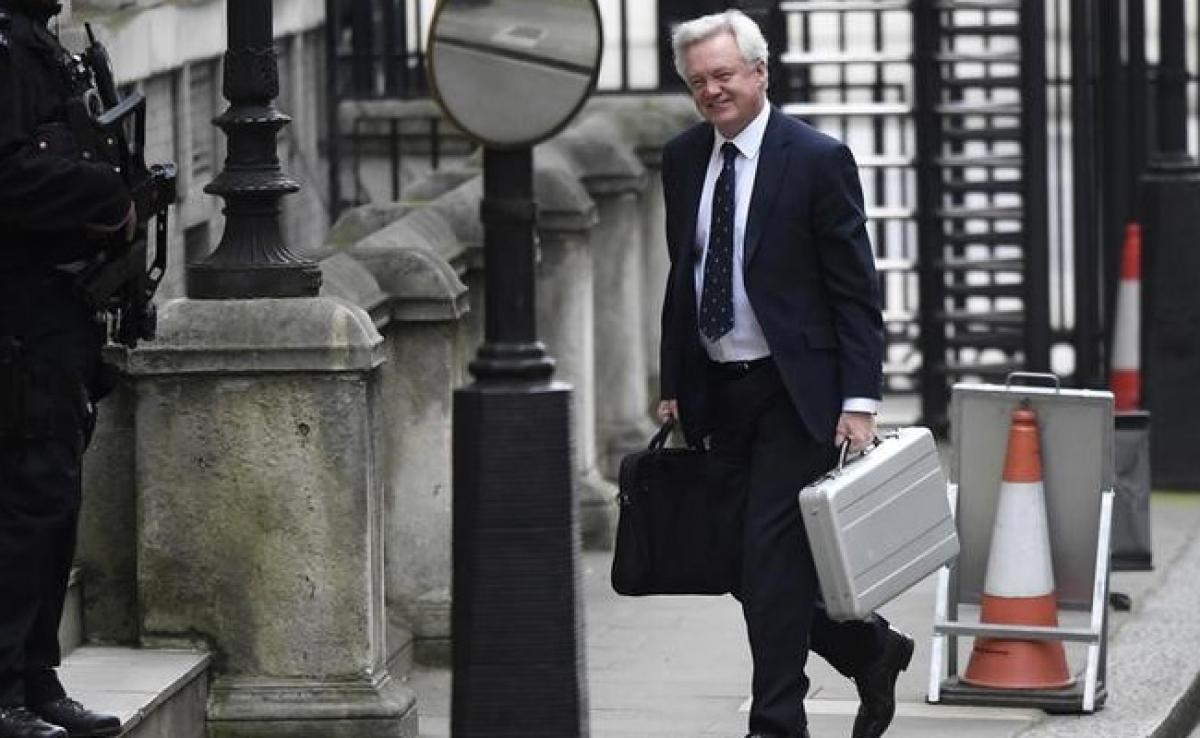 The British government has not carried out an assessment of what effect leaving the European Union without a new trade deal would have on the economy, Brexit minister David Davis said on Wednesday.

The British government has not carried out an assessment of what effect leaving the European Union without a new trade deal would have on the economy, Brexit minister David Davis said on Wednesday.

Prime Minister Theresa May, who is due to begin the formal exit process this month, has said she is prepared to walk away from negotiations with the EU without a deal if she is dissatisfied with the terms on offer.

In the absence of an agreement, trade between Britain and the other 27 EU members would default to World Trade Organisation rules and tariffs, in contrast with the free access the UK has enjoyed as a member of the EU's single market.

Some proponents of a so-called 'hard Brexit' are relaxed about that scenario, while critics see it as potentially disastrous for the economy.

Mr Davis said he did not think that leaving with no deal would be as good an outcome as the free trade agreement Britain is seeking with the bloc, but he agreed with May it could be better than a bad deal.

"I can't quantify it for you in detail yet. I may well be able to do so in about a year's time. It is certainly the case that it is not as frightening frankly as some people think," he said.

"You don't have to have a piece of paper with a number on it to have an economic assessment. I spent ... most of my working life before coming into politics dealing with business. You often knew what was a good deal even though you didn't have the numbers."

He told a parliamentary committee hearing the last available analysis on the 'no deal' scenario dated back to the campaign for the 2016 referendum in which Britons voted to leave the EU.

"One of the issues that's arisen is that those forecasts don't appear to have been very robust," said Mr Davis, who became a minister in July after the vote.

Pressed whether any work had been done since then, he said: "If you mean under my time, no."

Mr Davis said this was because there were too many variables and uncertainties involved, including in areas such as customs procedures.

"Until we have worked out all the mitigation procedures we could not quantify the outcome," he said.

Mr Davis said he expected legislation giving May the power to trigger Article 50 of the EU's Lisbon Treaty, launching divorce talks, would be formally approved by Queen Elizabeth on Thursday.

The opposition Labour Party's Brexit spokesman Keir Starmer said the government was "recklessly talking up the idea of crashing out of the EU with no deal".

"No deal would be the worst possible deal. The government should rule out this dangerous and counter-productive threat before Article 50 is triggered," he said in a statement.

EU Council President Donald Tusk on Wednesday dismissed suggestions that Britain would rather leave the EU without a deal than sign an unsatisfactory one as "increasing threats".

"A no-deal scenario would be bad for everyone, but above all for the UK because it would leave a number of issues unresolved. We will not be intimidated by threats and I can assure you they simply will not work," said Mr Tusk, the chair of EU leaders' meetings, who will play a key role in Brexit talks.