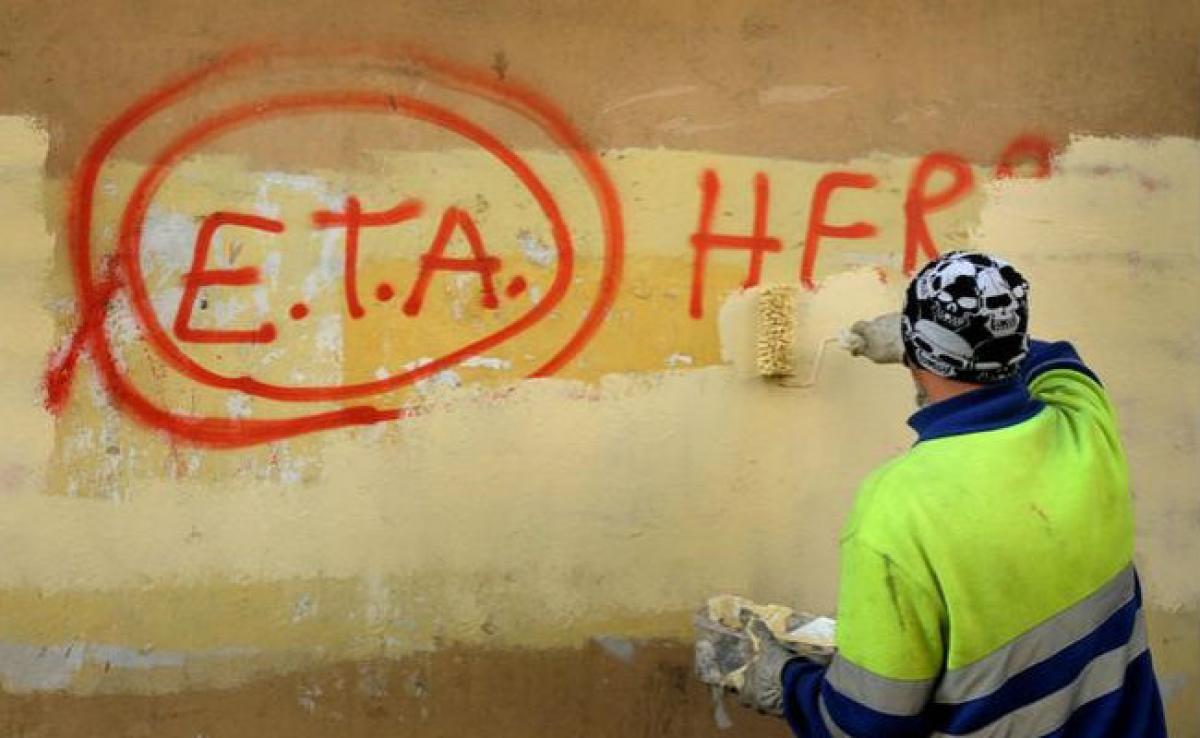 The Basque separatist group ETA\'s pledge to fully lay down its arms after decades of violence will not \"be subject to any negotiations\", French Interior Minister Bruno Le Roux said on Saturday.

The Basque separatist group ETA's pledge to fully lay down its arms after decades of violence will not "be subject to any negotiations", French Interior Minister Bruno Le Roux said on Saturday.

He spoke a day after the head of the Basque regional government asked Paris and Madrid to help broker talks with the group, which has said previously it would give up its arms for amnesties or improved conditions for imprisoned members.

"The only way to disarm within the frame of the law is to reveal the location of the weapons to authorities," Mr Le Roux said in a statement.

"The terms of their delivery cannot be subject to any negotiation," he added. ETA has not yet issued a statement on the pledged disarmament.

Basque government head Inigo Urkullu confirmed on Friday the possibility that ETA was ready to give up its weapons by April 8 after decades of conflict in Spain and France, and said he hoped it would be "definitive, unilateral, irrevocable, complete and legal".

The central government in Madrid, a fierce opponent of ETA, reacted with scorn, demanding that the group simply "dissolve" and never reappear.

ETA, founded in 1959 and considered a terrorist group by the European Union, has been seeking to negotiate its dissolution in exchange for amnesties or improved prison conditions for its roughly 350 members held in Spain and France.

The group is blamed for the deaths of 829 people in a four-decade campaign of bombings and shootings for an independent Basque homeland, which straddles northern Spain and southwestern France.