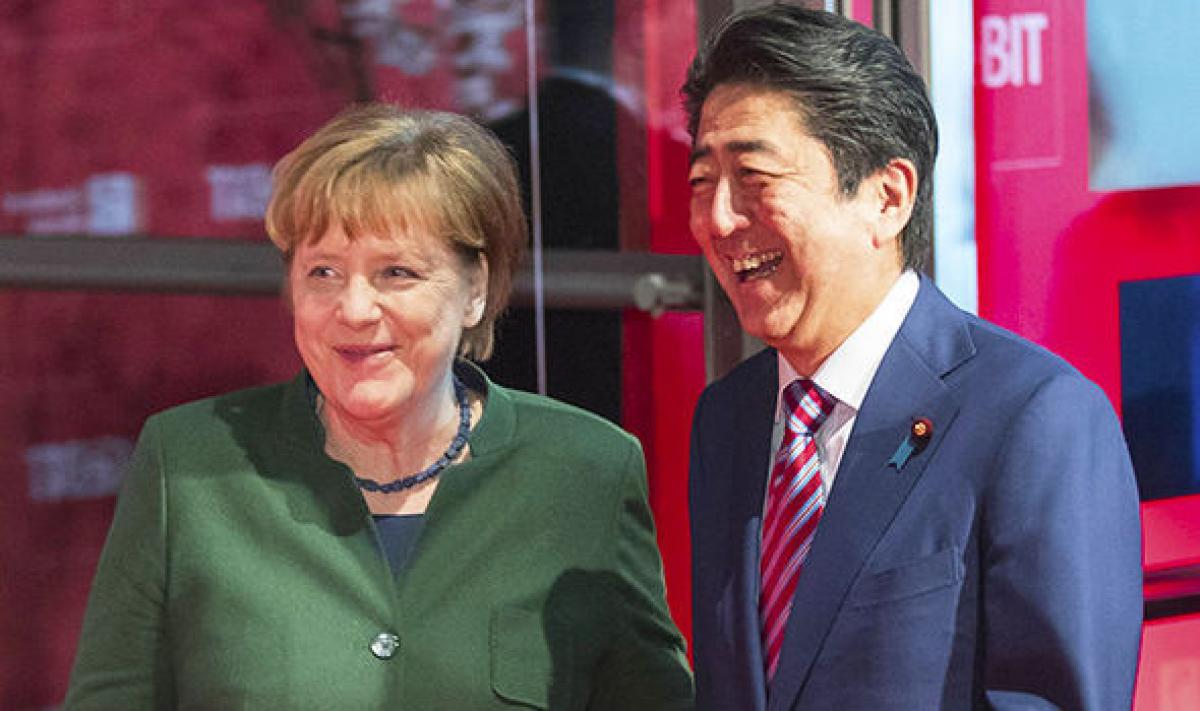 German Chancellor Angela Merkel and Japanese Prime Minister Shinzo Abe have called for free trade with fair and democratic rules, saying they were committed to moving towards an agreement between the European Union and Japan.

German Chancellor Angela Merkel and Japanese Prime Minister Shinzo Abe have called for free trade with fair and democratic rules, saying they were committed to moving towards an agreement between the European Union and Japan.

Speaking at the inauguration of the CeBIT technology fair on Sunday, Merkel and Abe emphasised the benefits of world trade and vowed to work together and act as "driving force" behind the agreement, Efe news reported.

"We want free, open markets. We certainly don't want any barriers but at a time of an 'Internet of things' we want to link our societies with one another and let them deal fairly with one another, and that is what free trade is all about," Merkel said.

The comments came after the US hampered negotiations on the issue on Saturday at the annual meeting of G20 leaders.

The G20 leaders did not condemn economic protectionism as it had done on previous occasions, but the US once again questioned some of the signed agreements, such as North American Free Trade Agreement (Nafta), which it plans to revise.

"In times when we have to argue with many about free trade, open borders and democratic values, it's a good sign that Japan and Germany no longer argue about this but rather are seeking to shape the future in a way that benefits people," Merkel said.

Abe expressed his commitment to maintaining ties and growth, pointing out that Japan has grown "through reaping the benefits of trade and innovation."

The Japanese Prime Minister then vowed to "uphold the open system alongside Germany."

Abe also endorsed a free trade agreement with the European Union, and highlighted the economic and industrial cooperation agreements already signed by the governments of both countries.

Merkel vowed to be a driving force behind the negotiations for the free trade agreement with Japan and defended the rules of the social market economy.

Recognising that much of the innovation in both Japan and Germany originates in small- and medium-sized enterprises, Merkel guaranteed support for such diversity in order to deal with monopolies.

The 2017 CeBIT has gathered some 3,000 exhibitors from 70 countries and is expected to attract over 200,000 visitors, while more than 100 companies exhibiting in the event are based in Japan.