IS suicide bomber blows himself up near Dhaka airport 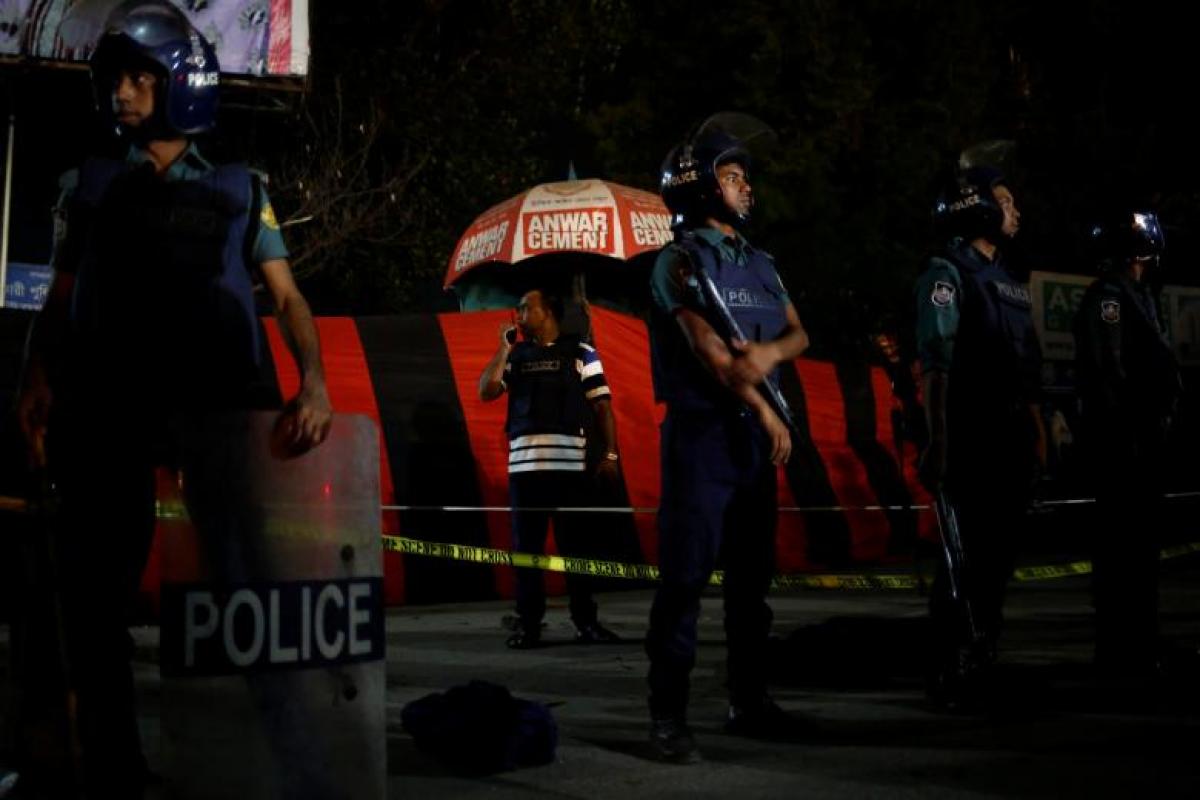 A suicide bomber today blew himself up at the international airport in Dhaka in an attack claimed by Islamic State terrorist group, a week after a...

Dhaka: A suicide bomber today blew himself up at the international airport in Dhaka in an attack claimed by Islamic State terrorist group, a week after a similar attack on a camp of Bangladesh's elite Rapid Action Battalion nearby.

The bomber, wearing jeans and shirt, was said to be in his early 30s. He blew the explosives tied to his waist at a police outpost at the Hazrat Shahjalal International Airport.

The attacker could not be identified immediately and no other person was injured in the bombing.

Police said he was carrying a trolley bag filled with three more bombs, detonated in a controlled-explosion later by a bomb disposal unit during which five people, including a policeman, were wounded.

"The man exploded a bomb in front of the police post and killed himself," a senior police officer told reporters.

Dhaka's police commissioner Asaduzzaman Mia told newsmen that the police vigil at the airport prompted the militant to commit suicide before he could attack the outpost.

According to a report on Bdnews24.com, the attacker triggered the bomb apparently in an attempt to target the security personnel present at the entrance of the airport.

Hours later the incident the Islamic State group claimed responsibility through its propaganda news agency 'Amaq'. It said the attack "targeted a Bangladeshi police checkpoint near the international airport in the city of Dhaka."

Bangladesh, however, has dismissed several previous IS claims, saying no foreign terrorist group has presence in the country.

According to a report on Bdnews24.com, the attacker triggered the bomb apparently in an attempt to target the security personnel present at the entrance of the airport.

The attack comes after a similar attack on a RAB camp nearby on March 17. Security had been tightened at airports and prisons across Bangladesh after the attack. A suspected suicide attacker was shot dead at a RAB check post in Khilgaon the following day.

The attack at the airport came on a day army commandos were called out to launch an assault at a militant hideout in northeastern Sylhet city. The elite police units have laid a siege to a five-storey building there since Thursday.

Security officials said they were preparing to take out the militants, holding up with a huge cache of explosives, and who were believed to be operatives of the homegrown neo-JMB, a group inclined to the Islamic State. It was behind the July 1 terror attack on a Dhaka cafe in which 22 people, including an Indian teen, were killed.