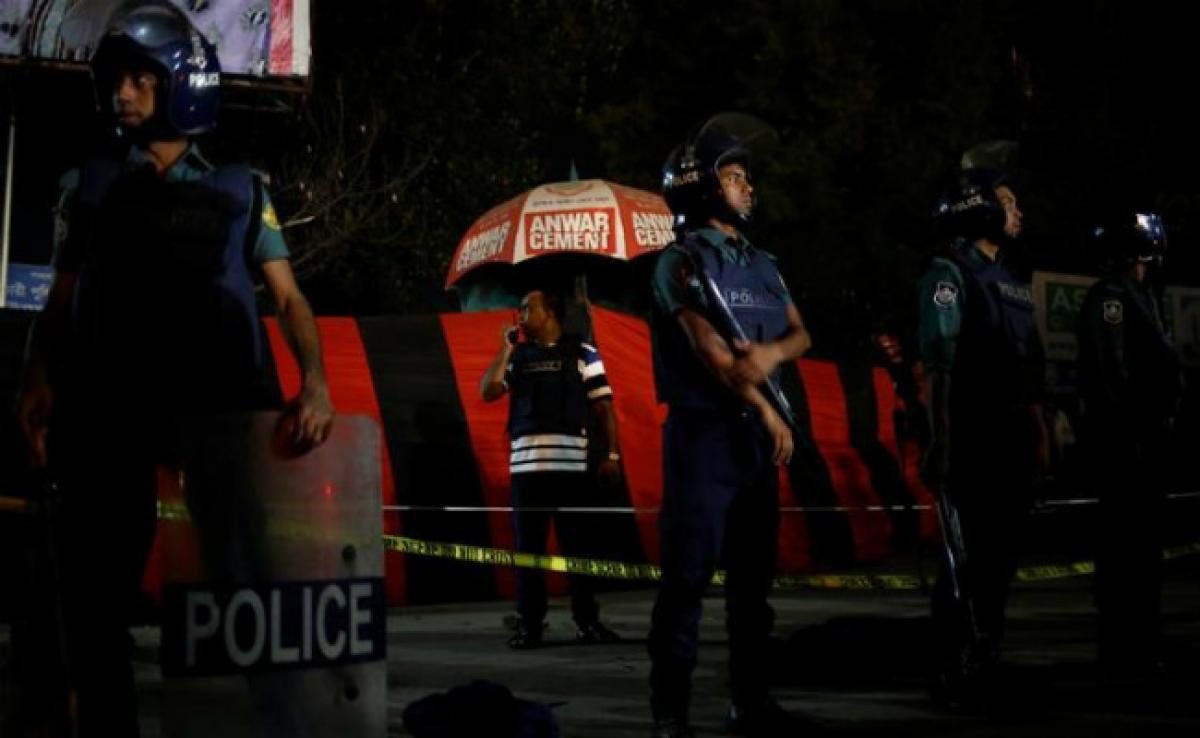 The Bangladeshi suicide bomber who blew himself up at the international airport in an attack claimed by the ISIS had strapped explosives to his body, doctors said today, disputing the police\'s stand that it was not a suicide bombing.

The Bangladeshi suicide bomber who blew himself up at the international airport in an attack claimed by the ISIS had strapped explosives to his body, doctors said today, disputing the police's stand that it was not a suicide bombing.

The bomb that exploded in front of Dhaka airport yesterday was tied to the attacker's body in the same fashion as previous suicide bombers, Dhaka Tribune reported.

Mahmud said two pieces of wire, about 54 inches in total, along with several splinters, were found from his body.

"It appears that the bomb was fastened around his lower back and was connected to a regulator in his hand. The evidence suggests that he was a suicide bomber," he said.

As the militant's identity could not be ascertained, his hair has been collected for a DNA test, Mahmud said, adding his urine, blood samples and viscera were also collected.

When asked whether there were any similarities between the recent blast and the suicide bombing at a Rapid Action Battalion (RAB) camp on March 17, he said the torso of the first militant was ripped apart, whereas the midriff of this militant was ruptured.

"We can say the pattern of the explosion is similar," the doctor said.

However, Dhaka Metropolitan Police (DMP) Commissioner Asaduzzaman Mia yesterday claimed the explosion near the Dhaka airport was not a suicide bombing, according to the report.

He had said that it might not have been a suicide attack, but a lethal slip when the terrorist had been spooked out and detonated the bombs early, the report said.

The suicide bomber blew himself up at the international airport in Dhaka yesterday, a week after a similar attack on a camp of Bangladesh's elite Rapid Action Battalion nearby.

The attack was claimed by ISIS terrorist group.