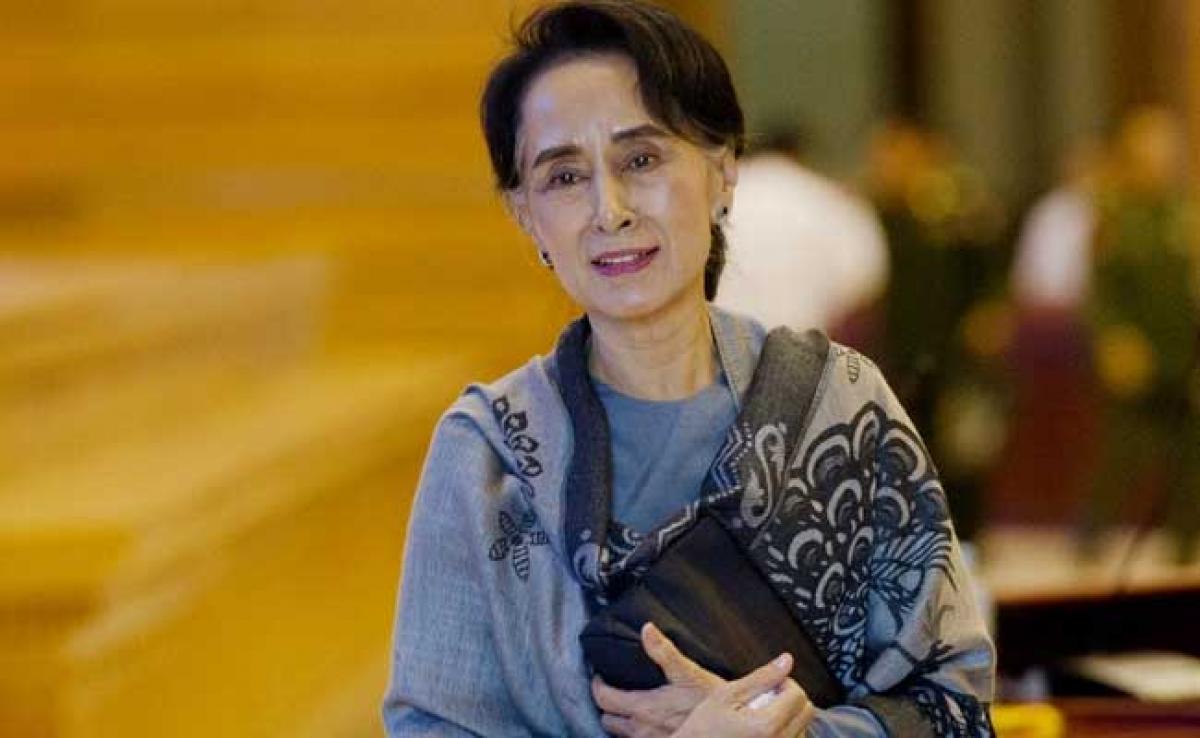 Myanmar leader Aung San Suu Kyi\'s party won nearly half of the seats contested in by-elections on Sunday, the first vote since it swept to power a year ago and an early indication of support for her administration amid increased fighting with ethnic armed groups and slower economic growth.

Myanmar leader Aung San Suu Kyi's party won nearly half of the seats contested in by-elections on Sunday, the first vote since it swept to power a year ago and an early indication of support for her administration amid increased fighting with ethnic armed groups and slower economic growth.

Suu Kyi's National League for Democracy (NLD) won nine out of 19 seats in the national and regional parliaments, according to the Union Election Commission, following a period in which she has struggled to match sky-high expectations.

In a televised address earlier this week, Suu Kyi acknowledged the public's frustration with the slow pace of reforms and development.

But she also reiterated her top priority of ending the ethnic conflicts that have kept Myanmar in a state of near-perpetual civil war.

While the outcome of the by-elections will not affect the balance of power within the parliament, where the NLD enjoys a large majority, it offers a chance to gauge the popularity of the administration in a country where nationwide public polls are not available.

Win Htein, one of the NLD's top leaders, said the party faced language barriers and problems with armed groups in the Shan state districts being contested. Fighting in some of those areas has intensified in recent months.

"We are still improving in Shan state. The local people don't understand Burmese, so we have to translate our policies into the Shan language," he said.

Major rebel armies engaged in clashes with the military in areas including the Shan state have refused to actively participate in Suu Kyi's peace process.

Several conflicts have reignited since Suu Kyi took office, displacing an estimated 160,000 more people, according to the United Nations.

Over two million voters, less than five percent of the country's population, could vote in the by-elections where seats in eight states and regions across the country were up for grabs.

"We still accept the NLD government after one year. They are governing smoothly," said Victor Hla Sein, a 73-year-old from Myanmar's commercial hub Yangon.

Nobel Peace Prize winner Suu Kyi is also facing international criticism for her government's handling of a crisis in the Muslim-majority Rakhine region, where soldiers have blocked access for aid workers and are accused of raping and killing civilians.

The by-elections will fill seats largely vacated by incumbents who joined the government in ministerial posts. Some seats that were excluded from previous elections due to fighting with ethnic armed groups were also up for grabs.