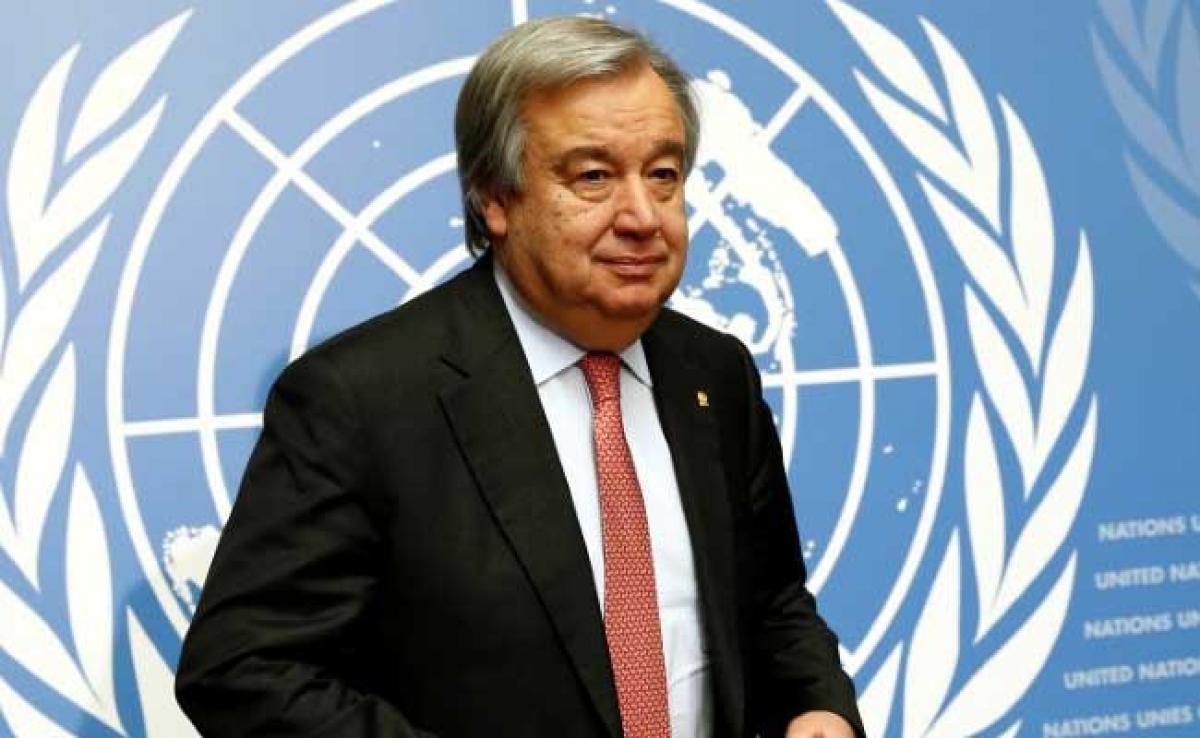 "The horrific events of yesterday demonstrate unfortunately that war crimes are going on in Syria (and that) international humanitarian law is being violated frequently," Mr Guterres said as he went into a Syria aid conference in Brussels.

Mr Guterres said the UN wanted to establish accountability for such crimes and he was "confident the UN Security Council will live up to its responsibilities."

Russia, which holds a veto in the Security Council and has backed President Bashar Al-Assad against the rebels, said Tuesday's incident happened after a Syrian air strike hit a 'terrorist warehouse' containing 'toxic substances'.

"The arsenal of chemical weapons" was destined for fighters in Iraq, the Russian defence ministry said, adding that the information was "completely reliable and objective."

The United States, France and Britain have submitted a draft resolution to the Security Council demanding a full investigation.

At least 72 civilians including 20 children died in the attack on the rebel-held Syrian town of Khan Sheikhun in Idlib province in the northwest.

Earlier, British Foreign Secretary Boris Johnson said all the evidence pointed to President Assad being responsible for the attack.

"All the evidence I have seen suggests this was the Assad regime... using illegal weapons on their own people," Mr Johnson said as he arrived for the aid conference.