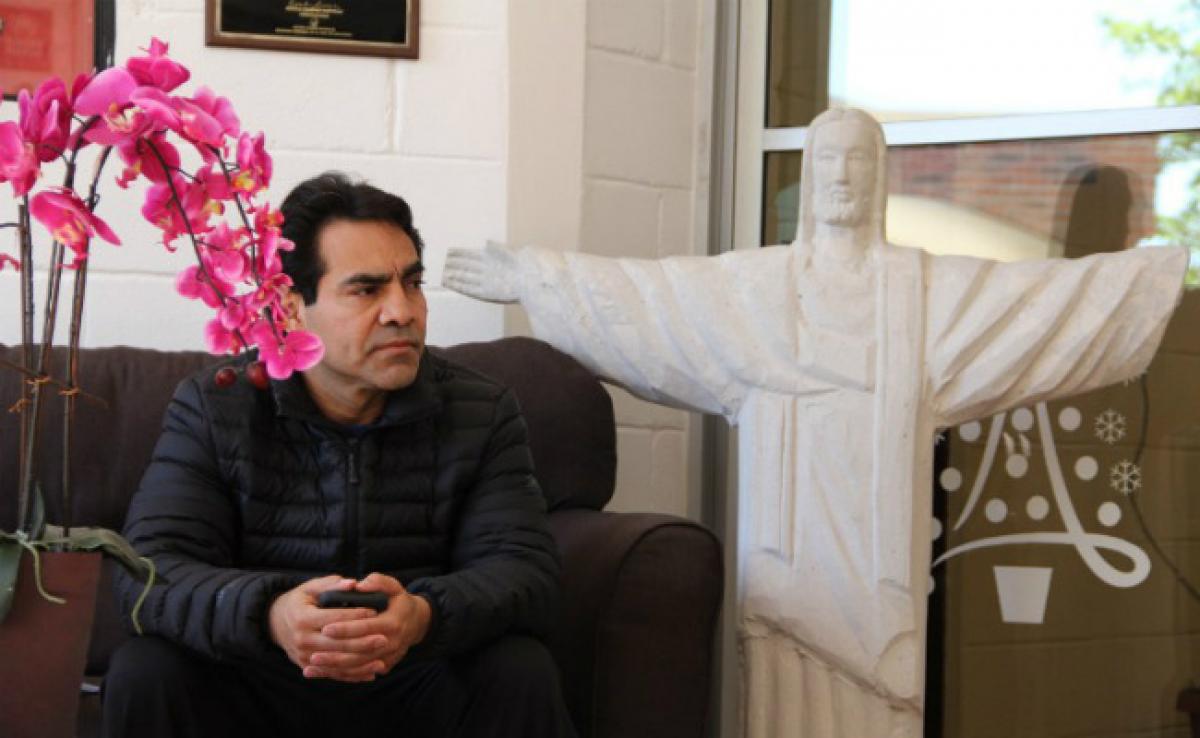 He was expecting to soon obtain permanent residency in the United States.

Roberto Beristain was a Mexican immigrant to the United States whose own American wife voted for Donald Trump as US president because he promised to expel crooks from the country. Now Beristain himself has been deported after 20 years living and working in the United States. "My wife is not very happy because she supported him," the 43-year-old father of three told AFP at the migrant shelter where he is staying in the Mexican border town of Ciudad Juarez.

"We thought he was going to be a good president because we wanted security," he added. "His promises to expel criminals from the country seemed like a good idea."

Despite his marriage and work record, Beristain was still living in the United States with provisional residency papers after all these years.

He was expecting to soon obtain permanent residency in the United States.

But he says officials suddenly deported him after Trump ordered deportations to be stepped up in February.

The move was made on the basis of an earlier deportation order dating to 2000 that predated his current legal provisional residency status.

Beristain entered the United States illegally in 1998 after leaving his home in Mexico City.

He met his wife there and they married 17 years ago.

"I became what I had not been in Mexico -- a responsible person."

Their children were all born in the United States: Maria, 15; Jasmine, 14; and Demetri, eight.

Despite never having obtained permanent resident status, he was able to buy a restaurant in Indianapolis.

"I feel betrayed because they were going to get criminals out of the country, but now we see that they are not doing that," he said.

"They are removing good people who pay their taxes and have never committed a crime in their lives."

He was arrested in early February this year when he went to a routine appointment with immigration authorities.

Sent to a detention center in Wisconsin, he was deported on Monday night.

Beristain's case hit the headlines when his wife Helen spoke publicly about how she had voted for Trump.

She said she thought her husband would be safe from deportation since he had committed no crime -- he had never received so much as a parking ticket.

"What hurt most was having my family see me arrested, as if I was a criminal," Beristain said, his voice breaking.

"I don't want my children to have that image of me."

Trump campaigned for the presidency promising to kick out what he called "bad hombres" -- criminals who enter the United States from Mexico.

But since he ordered deportations to be stepped up in late February, immigrants have been terrified of being rounded up and torn away from their families.

Beristain arrived in Ciudad Juarez with nothing but the clothes he was wearing when he was detained two months ago.

Alone, with no family or friends in the city, he is trying to get back to the United States, to work in his restaurant and raise his family.

He hopes his US lawyers can help.

In the Ciudad Juarez Migrant Center, he sits on the edge of his seat with his cell phone, waiting for them to call.

"I don't know much about politics, but there is one thing I am sure of," he said.

"It is not fair that they are deporting innocent people like me."