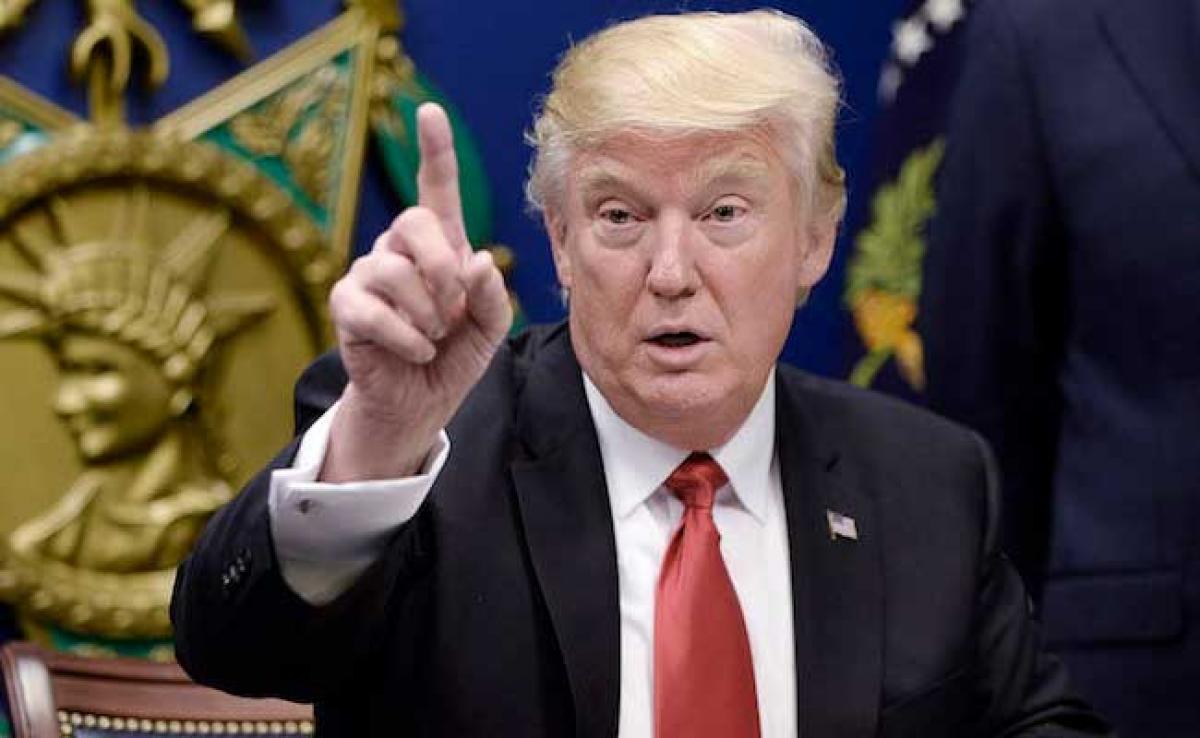 Top White House aides Steve Bannon and Jared Kushner met and agreed to \"bury the hatchet\" over their differences, a senior administration official said on Saturday, in a bid to stop infighting that has distracted from President Donald Trump\'s message.

Top White House aides Steve Bannon and Jared Kushner met and agreed to "bury the hatchet" over their differences, a senior administration official said on Saturday, in a bid to stop infighting that has distracted from President Donald Trump's message.

Bannon, Trump's chief strategist, and Kushner, an influential adviser and Trump's son-in-law, met on Friday at the request of White House chief of staff Reince Priebus who told them that if they have any policy differences, they should air them internally, the official said.

The development at the president's Mar-a-Lago retreat in Palm Beach, Florida, came at the end of what has been a relatively smooth week for Trump.

Trump ordered airstrikes against Syrian targets that drew praise in many parts of the world and staged an error-free summit with Chinese President Xi Jinping, complete with his wife, Melania, wearing a red dress to symbolize the main color of the Chinese flag.

Priebus' message to Bannon and Kushner was to "stop with the palace intrigue" and focus on the president's agenda, the official told Reuters.

Both aides left having agreed that it was time to "bury the hatchet and move forward," said the official, who spoke on condition of anonymity.

Four former advisers to the president said Trump is accustomed to chaos in his decades-long career as a real estate developer but that even he has grown weary of the infighting.

"He's got a long fuse for that kind of thing," said one former adviser. "I imagine he has gotten tired of this."

The White House dismissed persistent talk that Trump might be on the verge of a staff shakeup. "The only thing we are shaking up is the way Washington operates as we push the president's aggressive agenda forward," spokeswoman Lindsay Walters said.

The Trump White House has been a hotbed of palace intrigue since he took office on January 20. But the drama has intensified after the failed effort to get healthcare legislation approved by the House of Representatives and the rocky rollout of an executive order attempting to temporarily ban citizens of six Muslim-majority nations from entering the United States.

Bannon, former chief of the conservative news organization Breitbart News, has been at odds with Kushner and Gary Cohn, the head of the White House National Economic Council, an administration official and the four former advisers said.

The former Trump advisers said Kushner, husband of Trump daughter Ivanka Trump, is trying to tug the president into a more mainstream position, while Bannon is trying to keep aflame the nationalist fervor that carried Trump to his unexpected election victory on Nov. 8.

Bannon is getting some of the blame for the administration's early stumbles because, one former adviser said, "The president demands results."In what was viewed as a sign of Bannon's declining influence, he was removed from his seat on the National Security Council this week. Administration officials said this was done at the urging of national security adviser HR McMaster, with whom Bannon had clashed.

Some of the former Trump advisers said Priebus is at fault for not gaining control of the feuding and said Cohn, a former Goldman Sachs executive, would be a candidate to replace him.

Priebus is the former chairman of the Republican National Committee and bucked many in his party by putting the weight of the RNC behind Trump when it was clear he would be the party's presidential nominee.

""Reince is chief of staff," said a source familiar with the issue. "He's not going anywhere."

Republican strategist Charlie Black, who has known Trump for 30 years, said he did not think a shakeup was imminent and that Trump's White House reflects his traditional approach to running his business.

"He's always had a spokes-to-the-wheel management style," said Black. "He wants people with differing views among the spokes."

Bill Daley, a former White House chief of staff to President Barack Obama, who got pushed out in a shakeup himself after roughly a year into the job, said it appears that inside the Trump White House there's a struggle for "the soul and brain of the president."