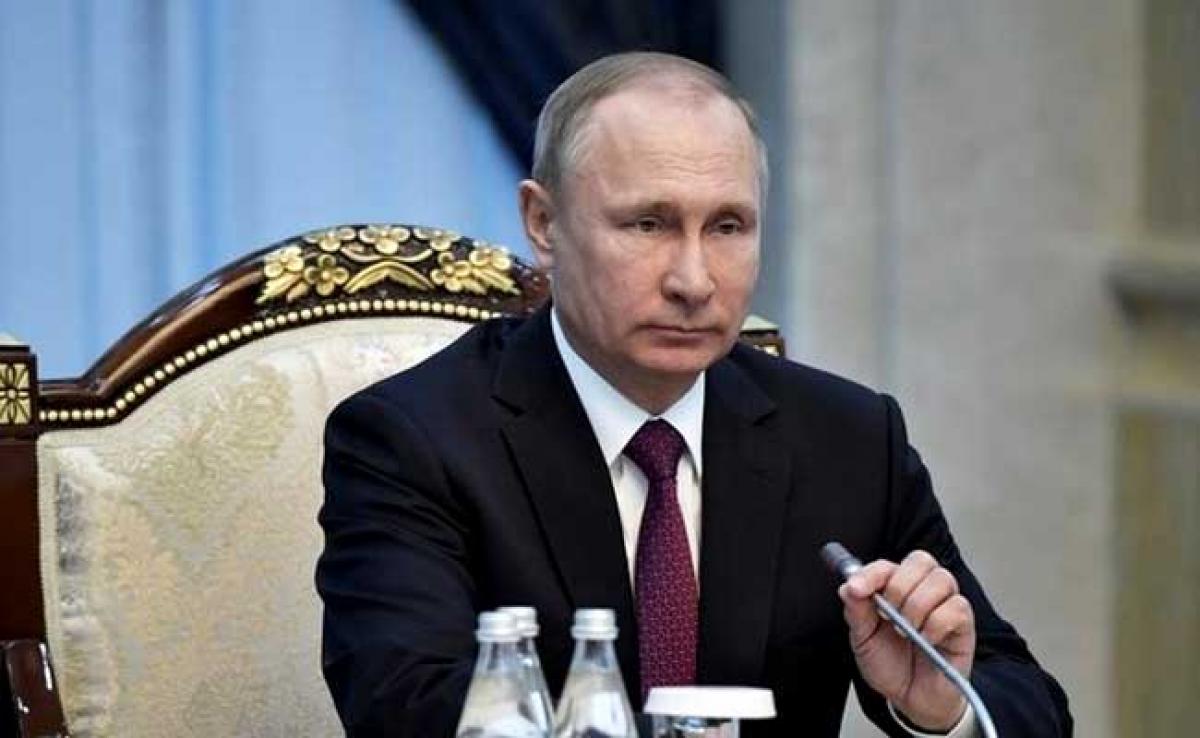 Russian President Vladimir Putin said ties with the United States have deteriorated under the administration of Donald Trump as their top diplomats locked horns Wednesday over the Syrian conflict.

Russian President Vladimir Putin said ties with the United States have deteriorated under the administration of Donald Trump as their top diplomats locked horns Wednesday over the Syrian conflict.

Secretary of State Rex Tillerson held several hours of talks with Russian counterpart Foreign Minister Sergei Lavrov in Moscow in what he said was an attempt to narrow "areas of sharp difference", but Washington's envoy was kept waiting over whether he would meet Putin.

The powers are at odds over the fate of Moscow's longtime ally President Bashar al-Assad, a rift exacerbated after an alleged Syrian chemical attack last week that triggered a punitive US missile strike.

Russia has slammed Washington's attack on a Syrian airbase and, as the top diplomats met, Putin admitted that relations between Washington and Moscow have worsened in the three months that Trump has been in office.

"You can say that the level of trust on a working level, especially on the military side, has not improved but most likely worsened," Putin said in the transcript of an interview with Mir television released by the Kremlin.

He was expected to challenge Russia to distance itself from Assad and his Iranian backers, an idea that the Kremlin dismissed as "absurd" amid a war of words between the two sides.

In a further indication of the stark differences, Russia also slammed as "unacceptable" a proposed UN resolution put forward by the US, Britain and France on the alleged chemical attack, and said it would veto it in its current form at a vote expected later Wednesday.

At their meeting, Lavrov told Tillerson Moscow was hoping to understand Washington's "real intentions" and warned that Moscow considered it "fundamentally important" to prevent more "unlawful" US strikes against its ally Syria.

He said the visit - the first to Moscow by a senior Trump administration official - offered an opportunity to clarify the chances of cooperation "above all on the formation of a broad anti-terrorist front".

Despite hopes of an improvement in ties under Trump, the fallout over the alleged chemical attack and US bombing meant the Syrian conflict - in which more than 320,000 people have died - has dominated Tillerson's visit.

US officials have suggested Russian forces may have colluded in the latest atrocity blamed on Assad's regime, and it remained unclear if Tillerson will be invited to meet Putin.

Ahead of the talks, far from trying to calm tempers, both sides escalated their rhetoric as the US tried to prise Moscow and Damascus apart.

Putin accused Assad's opponents of planning to stage chemical attacks to be blamed on Damascus in order to lure the United States deeper into the conflict.

The Kremlin leader again slammed the US missile strike and angrily rejected the allegation that Assad's forces were behind the suspected chemical attack on the town of Khan Sheikhun that left 87 civilians dead including children.

"Where is the proof that Syrian troops used chemical weapons? There isn't any. But there was a violation of international law. That is an obvious fact," Putin told Mir.

Trump's spokesman Sean Spicer said Tillerson would aim to "make sure we let Russia know that they need to live up to the obligations it has made" to halt Assad's chemical weapons use.

US Defence Secretary James Mattis said Washington has "no doubt" that Assad was behind the massacre.

He warned that the US cruise missile strike in response "demonstrates the United States will not passively stand by while Assad ignores international law and employs chemical weapons he declared destroyed".

US relations with the Kremlin have become politically toxic for the White House on the back of claims Putin conspired to get Trump elected.

Tillerson, a former oil executive, might once have looked like the perfect envoy to mend strained ties, having worked closely with the Kremlin while negotiating deals for energy giant ExxonMobil.

But the underlying tensions between the former Cold War foes never went away and last week's chemical attack has left ties once again in crisis.