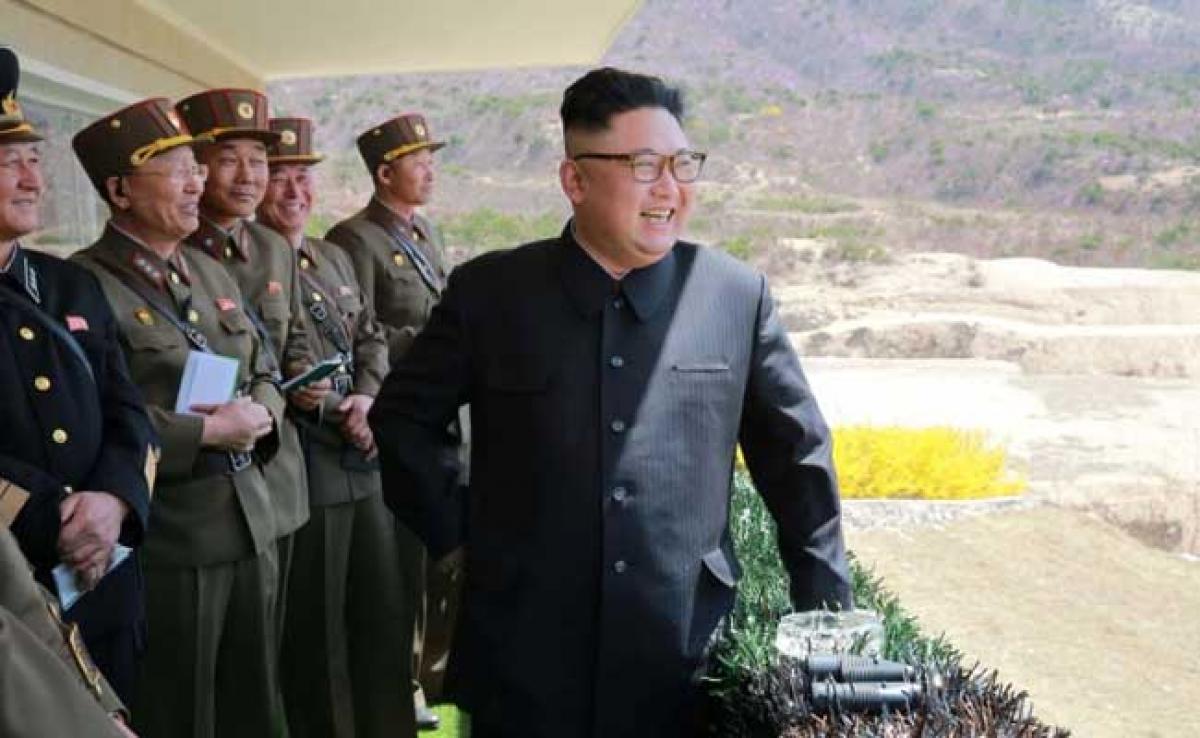 The failure, which is likely to be seen as something of an embarrassment for the regime, came amid soaring tensions in the region over the North-'s...

A fresh North Korean missile test failed when it exploded after launch Sunday, the US military said, a day after Pyongyang publicly showcased its ballistic arsenal at a giant military parade.

The failure, which is likely to be seen as something of an embarrassment for the regime, came amid soaring tensions in the region over the North's nuclear weapons ambitions.

"The missile blew up almost immediately," the US Defence Department said of the early morning launch which was also monitored by the South Korean military.

Neither was able to determine immediately what kind of missile was being tested.

It came a day after North Korea displayed nearly 60 missiles -- including what is suspected to be a new intercontinental ballistic missile -- at a parade to mark the 105th birthday of its founder Kim Il-Sung.

The parade was held in front of the cameras of invited world media, who were still in Pyongyang when Sunday's test failure was detected.

The latest missile test attempt comes just hours ahead of a visit by Vice President Mike Pence to Seoul, where the nuclear issue will be top of the agenda at talks with South Korea's acting president Hwang Kyo-Ahn.

Trump has repeatedly said he will prevent Pyongyang from its goal of developing a nuclear-tipped ballistic missile capable of reaching the mainland United States.

As hostilities in the region surge Trump has sent an aircraft carrier-led strike group to the Korean peninsula to press his point.

The North has reiterated its constant refrain that it is ready for "war" with the US.

Its army vowed Friday a "merciless" response to any US provocation, adding that Trump had "entered the path of open threat and blackmail" against Pyongyang.

Speculation is brewing that the North is preparing a sixth nuclear test, with satellite images showing its main nuclear site "primed and ready," according to specialist US website 38North.

China, the North's sole major ally, and Russia have both urged restraint, with Beijing's foreign minister Wang Yi warning Friday that "conflict could break out at any moment".

The UN Security Council has imposed six sets of sanctions against the North since its first nuclear test in 2006 -- all of which have failed to halt its drive for what it insists are defensive weapons.

Pyongyang has carried out five nuclear tests - two of them last year - and multiple missile launches, one of which saw three rockets come down in waters provocatively close to Japan last month.

Intelligence officials have warned it could be less than two years away from achieving the ability to strike the continental United States.