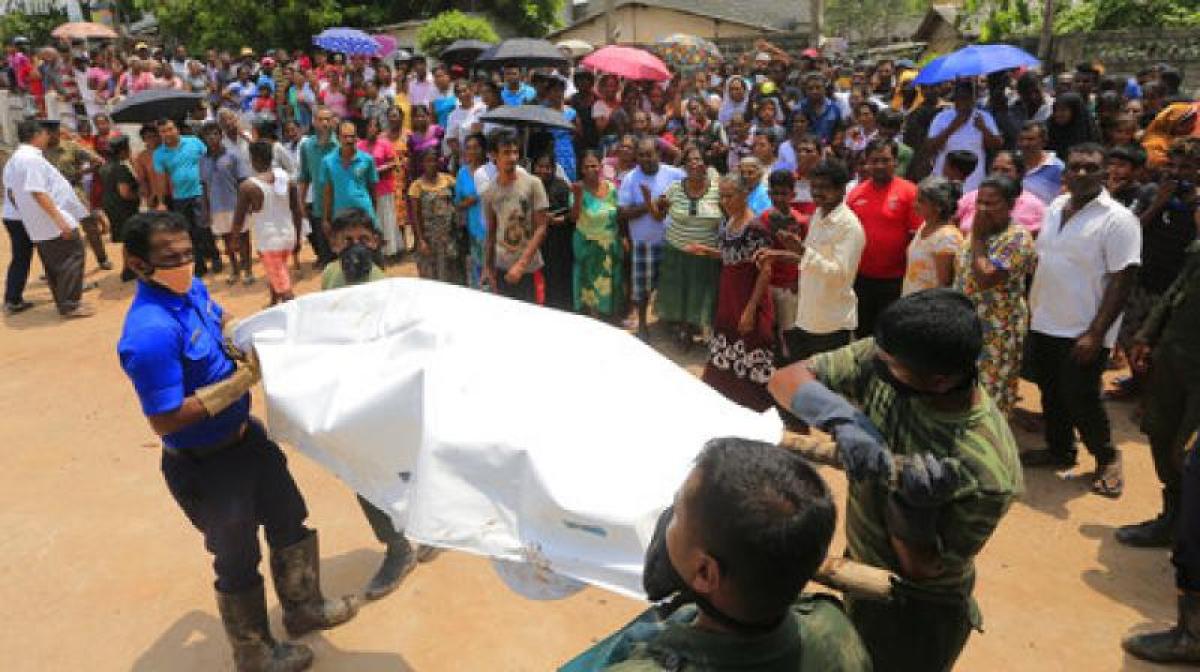 Sri Lanka on Monday relocated hundreds of families to temporary shelters after a mountain of garbage collapsed on dozens of homes near the capital...

Sri Lanka on Monday relocated hundreds of families to temporary shelters after a mountain of garbage collapsed on dozens of homes near the capital two days ago, as the death toll in the tragedy climbed to 26.

Seven children were among 26 people killed in the collapse of the garbage dump in Meetotamulla area in Kolonnawa near Colombo, Daily Mirror quoted officials as saying.

According to the Disaster Management Centre at least 625 people belonging to 180 families had been displaced due to the tragedy, the report said.

The military said 1,000 security personnel, including police and special task forces, have been deployed for rescue operation. It said troops from the Sri Lanka Light Infantry, Commandos, Gemunu Watch and Vijayabahu Infantry Regiment were carrying out relief operations, the Colombo Gazette reported.

The National Building Research Organisation said the site of the accident be declared a "danger zone" and people living in over 130 houses in the area must be relocated for safety.

Officials said hundreds of people have been moved to temporarily shelters and the government will soon begin shifting more people.Schools and others facilities will be moved as well, Deputy Minister of Foreign Affairs Harsha De Silva said.

He said the dumping of garbage at the site has been banned. Ironically, the government had signed agreements a few weeks ago to convert the waste into energy, he said in a post on Facebook.

Police were investigating whether the collapse of the 91 -metre open garbage pile could be a sabotage. A 10-member team of geologists, officials from mining and excavation divisions, have been sent to the spot.

More than 600 people had to flee in the aftermath of the mishap on Friday. Prime Minister Ranil Wickremesinghe in a statement has apologised for the delay in relocating the garbage dump.

The residents near the dump had been protesting for months, demanding that the garbage dump be relocated. The authorities, however, claim that they had given enough warning to the slum dwellers to relocate themselves.

"We had even paid compensation to them to relocate," De Silva said. He said the state will bear the funeral expenses of the dead.

The massive garbage caught fire and collapsed on dozens of homes as the residents celebrated the traditional New Year. Police said the true scale of the damage remained unclear.