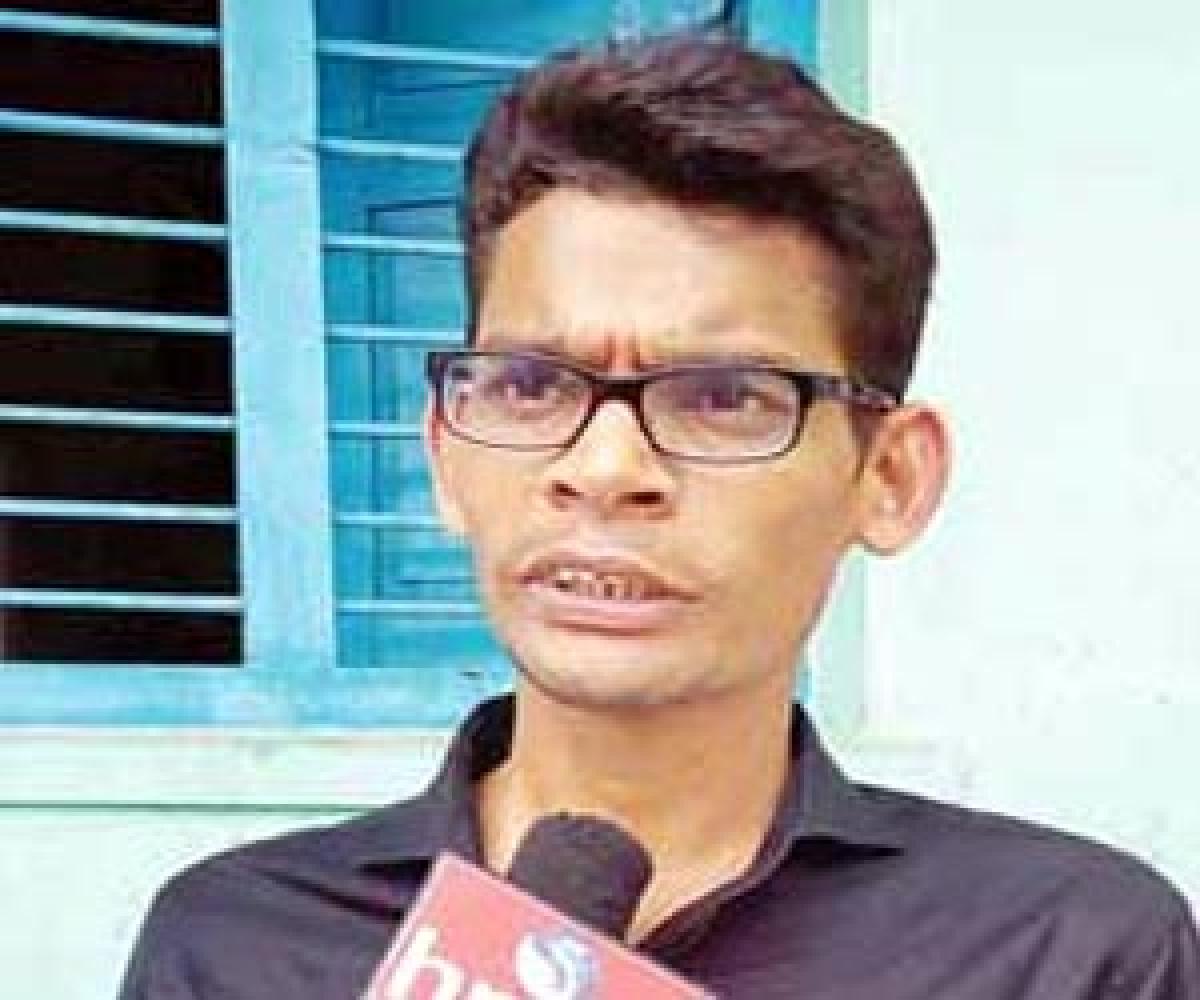 Speaking to The Hans India, Satyanarayana clearly elated over his success, acknowledged his mother Vijaya’s invaluable contribution for the success...

Mancherial: A youth of Mancherial district, Doolam Satyanarayana residing in College Road, has bagged a top award at the Tourism Film Festival in Portugal, where 52 countries participated with 301 entries. Collector Karnan, MLA Diwakar Rao and local residents felicitated Satyanarayana, after he returned home town with the award.

Speaking to The Hans India, Satyanarayana clearly elated over his success, acknowledged his mother Vijaya’s invaluable contribution for the success achieved by him. He thanked the Telangana government, particularly the Tourism department for their encouragement. ‘Ours is a poor family. We don’t even own a house.

I urge the government to come to our rescue,’ he requested. Despite losing his father at a young age and financial hardships, Vijaya, having observed her son’s determination, send him to pursue higher studies. Running a small tea shop near the railway station, she enabled Satyanarayana to complete engineering course.

As he was interested in films even as a child, he diverted his attention to that elusive area. He opted for film-making as a career after watching 1,000 movies. Starting with telefilms, Satyanarayana surprised everyone by making a documentary on people living without power in Kundanbagh village of West Bengal and winning laurels at international level.

Encouraged by this, he produced 15 documentaries on struggles of people. He made documentaries on Gandhirqila and Jodeghat, depicting their natural beauty and submitted them as entries at international level.