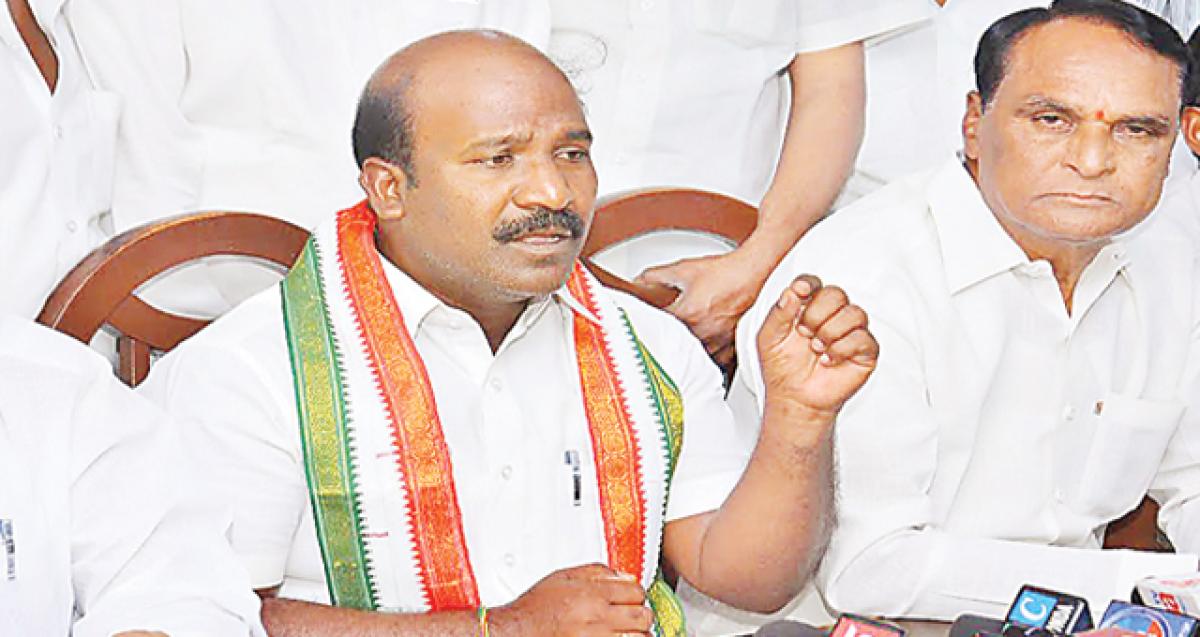 Speaking at a media conference in Nalgonda, the Congress leader alleged that Revanth has grabbed the lands of gullible farmers in his Kondangal constituency.

Nalgonda: Senior Congress leader and former Nakrekal MLA Chirumarthy Lingaiah on Wednesday felt that the TTDP working president A Revanth Reddy, who “encroached” the lands of the farmers in his constituency, has no moral right to take up Rythu Poru Yatra.

Speaking at a media conference in Nalgonda, the Congress leader alleged that Revanth has grabbed the lands of gullible farmers in his Kondangal constituency.

He has been also accused of grabbing land in Survey No 127 & 128 at Gopanapally in Ranga Reddy district. Reventh Reddy had no moral right to take out a Yatra on the issues of farmers, he said alleging that the Yatra of TDP leader was meant only for his political mileage.

Raising objections to the comments made by Revanth Reddy at a meeting in Nalgonda against CLP Deputy Leader Komatireddy Venkat Reddy, he opined that the TDP leader lacked maturity on what should be talked at what meeting.

Revanth Reddy should have confined to his speech on the issues of the farmers at a meeting organised in Nalgonda in conclusion of his Rythu Poru Yatra, the Congress leader said.