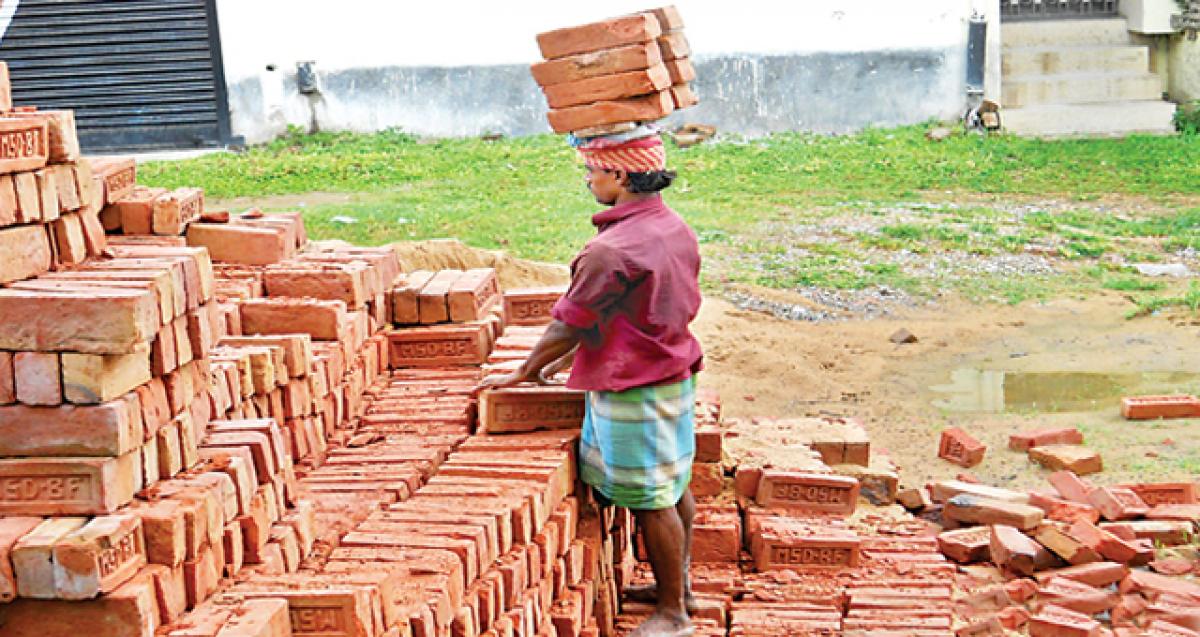 Less than 50 per cent of labourers who arrive at Ramgiri in Nalgonda are getting works, that too only on the condition of either accepting banned...

Nalgonda: Demonetisation has hit everyone hard, including the daily labour who is finding it difficult to get work post note ban.
Many of these wage labourers are rendered jobless with slump in the construction works after demonetisation.

Less than 50 per cent of labourers who arrive at Ramgiri in Nalgonda are getting works, that too only on the condition of either accepting banned currency of Rs 500 and Rs 1,000 notes or waiting for few days to get paid.

Mamidi Yadaiah, a wage labourer, lamented that he could secure only five days work in the last two weeks and the employer had paid him Rs 2,000 new currency note when Yadaiah refused to accept banned notes. “I could not purchase groceries with the new Rs 2,000 note as the shop owners did not accept citing lack of change with them,” Yadaiah said.

K Shanker, a construction worker who employs 10 labourers, said contractors have stopped the construction temporarily as they were unable to purchase raw materials such as cement and iron due to demonetisation. With this, they had no work in the last one week, he added.

A native of Nalgonda, Balne Venkanna said he had tried to purchase the cement with old denominations, but the shop owner demanded Rs 500 extra for every Rs 5,000 worth purchase with old currency.