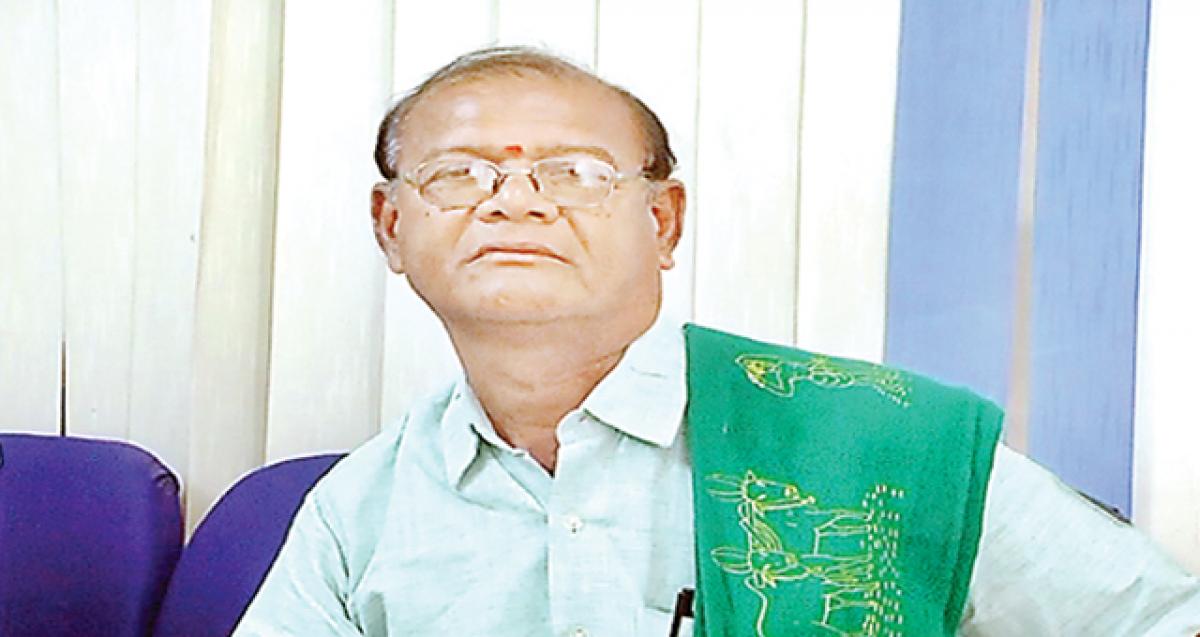 Meet senior BJP leader and a protagonist for setting up of a special Turmeric Board, Muthyala Manohar Reddy. He feels setting up of such a board will be immensely beneficial to the farmers.

Nizamabad: It is the Deeksha or a protest of a different kind. He wants to take on the government barefoot to force it to set up a Turmeric Board and has already completed five years.

Meet senior BJP leader and a protagonist for setting up of a special Turmeric Board, Muthyala Manohar Reddy. He feels setting up of such a board will be immensely beneficial to the farmers.

Manohar Reddy is also the district convener of the Swadeshi Jagaran Manch. He takes up fights on behalf of the farmers. He said that farmers should get remunerative or support price for their produce and for this and also for a Turmeric Board, he started a barefoot deekha on November 5, 2011 and since then, has been going around barefoot under the blazing Sun and in the rains, bearing lot of pain and suffering.

Earlier, he walked barefoot all the way to the Tirumala temple and had darshan of Lord Venkateshwara. He also went to New Delhi without slippers or shoes and participated in the struggle on behalf of the farmers and made their voice heard as the representative of the Swadeshi Jagaran Manch. He also trying to mobilise the support of the Leftist parties along with the ruling and the opposition parties for his cause.

Earlier, he has already met former Chief Ministers the Y S Rajasekhara Reddy, present chief minister N Chandrababu Naidu, former Prime Minister Manmohan Singh and present Narendra Modi and highlighted the problems of farmers but to no avail. However, he could convince former Minister for Agriculture Sharad Pawar about the need to set up a Turmeric Board.

It may be recalled that turmeric crop is cultivated on a large scale in Armoor, Balkonda and Nizamabad Rural constituencies in the Nizamabad district with 11, 247 farmers cultivating this crop.

The government also identified land for the setting up of a turmeric research centres in Kammarpalli and Velpur villages. In the Armoor region, turmeric is being cultivated on thousands of hectares.

The setting up of a research centre or park for Turmeric would be of immense benefit to the agricultural labourers as they will get jobs with an increase in the area of cultivation.

They are also demanding the establishment of turmeric purification plant in the region.
The setting up of a spices park will be a milestone in the development of turmeric in the Telangana State.

Speaking to the Hans India here on Friday, Manohar Reddy made it clear that he would not use footwear till the Turmeric Board was set up and farmers getting minimum support price for their produce. On November 5, he was also felicitated in the town for completing five years without footwear successfully.