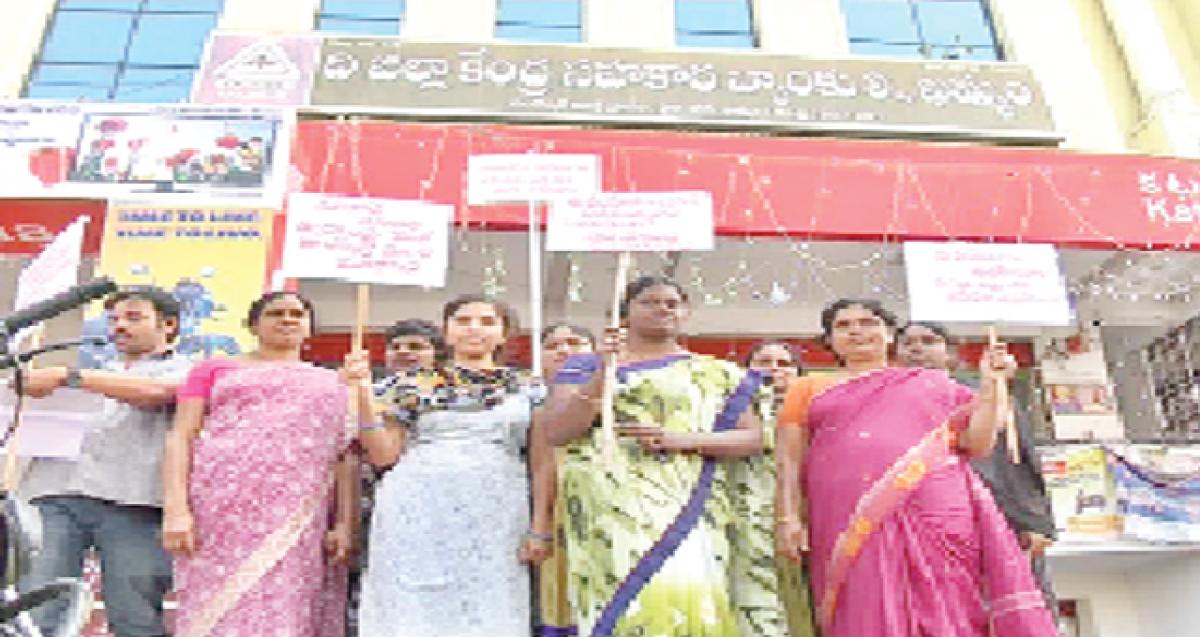 Bank higher authorities met the RBI officials in Hyderabad and submitted a memorandum highlighting the problems. He made it clear that till further orders, the bank would not accept or exchange the banned currency notes.

Talking to The Hans India, a farmer Raghuram of Raghunadhapalem mandal said the farmers would not be able to deposit the money borrowed from private money lenders because of the RBI decision.

According to criticism, the RBI’s decision would deal a crippling blow to farmers at a time the agriculture operations are in full swing. When a group of farmers approached cooperative banks to repay their gold and crop loans, the bank officials outright rejected to accept the banned currency notes.

The farmers termed the decision as problematic to them. A farmer Kolli Nageswara Rao of Konijarla mandal told this paper that it would not be fair on the part of the Center to punish the whole farming community on the pretext of a minor problem somewhere.

Staff members of various district cooperative central bank branches took to streets protesting against the decision as it would push the banks into a financial crisis. They demanded the RBI to withdraw its decision and relax rules for cooperative banks.