IFTU to take up awareness drive on proposed agitation 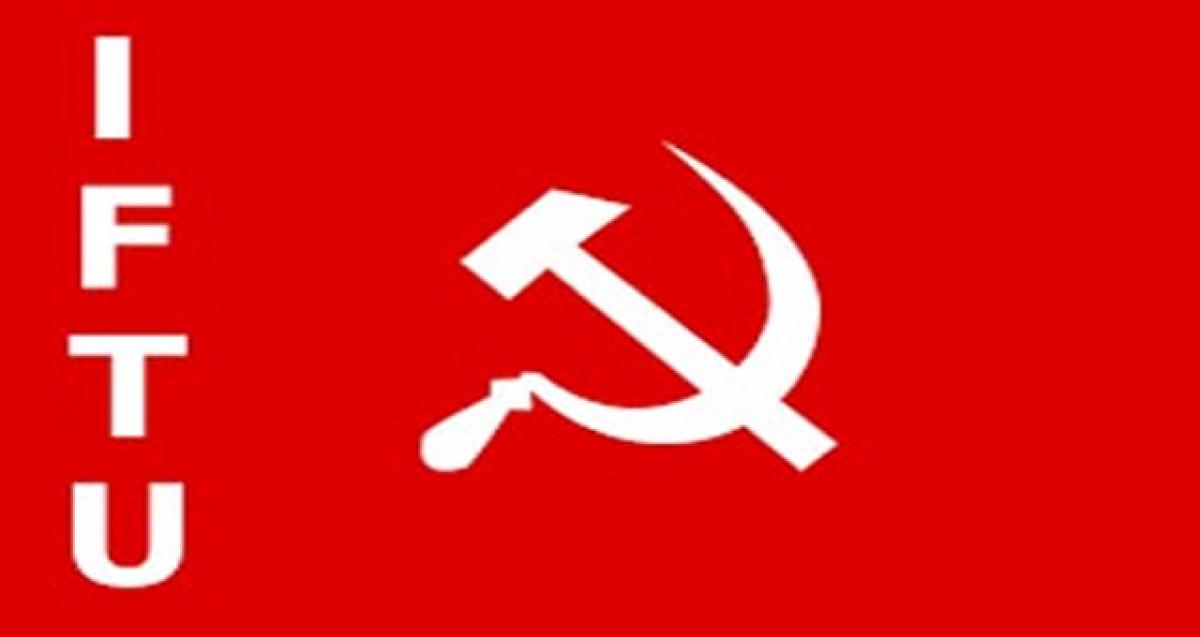 The leaders from Uttar Pradesh, Bengal, Uttarakhand, Haryana, Gurugram besides Telangana attended the IFTU State committee meeting in the town on...

Kothagudem: The Indian Federation of Trade Unions (IFTU) would take up a nation-wide awareness campaign on the proposed agitations against the anti-labour policies of both the Central and State governments, said the organisation’s national leaders here on Thursday. The leaders from Uttar Pradesh, Bengal, Uttarakhand, Haryana, Gurugram besides Telangana attended the IFTU State committee meeting in the town on Thursday. They discussed the proposed agitation programme. Among the national leaders present were Sadineni Venkateswara Rao, Kushal Devnath, Ravishankar, Mukul, Mukthar Pasha and others.

Tension grips at Visakhapatnam airport as TDP and YSRCP cadre...

Inter student ends life in Hyderabad after being caught with...