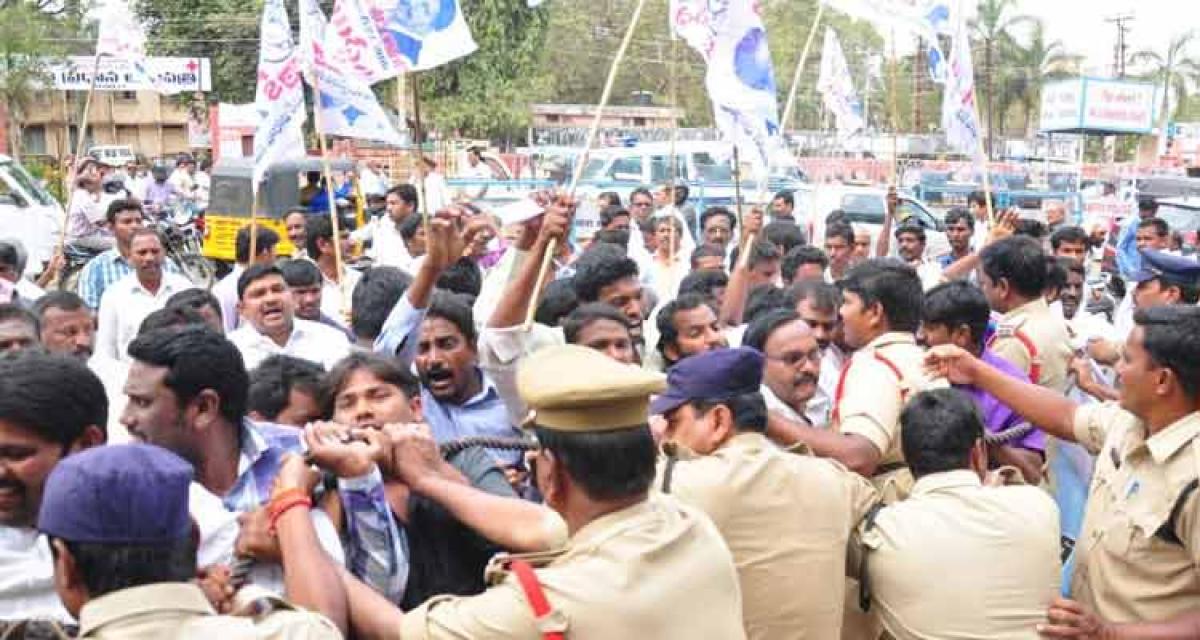 Accusing the State government of turning a blind eye towards their long-pending demand for the categorisation of Scheduled Castes, the Madiga...

Khammam: Accusing the State government of turning a blind eye towards their long-pending demand for the categorisation of Scheduled Castes, the Madiga Reservation Porata Samithi (MRPS) activists tried to lay siege to Collectorate here on Wednesday.

The leaders said the TRS government which time and again expressed its support to classification of SCs has not taken any initiative to realise their 23-year-old demand. “However, the Assembly passed a resolution in this regard, the demand was never taken to the notice of the Parliament,” the leaders said, terming it as betrayal of their justifiable demand.

Chief Minister K Chandrashekar Rao who promised to send an all-party delegation to Delhi to demand SC categorisation failed to do so even after three months, the activists said.

“Against this backdrop, we wanted to expose KCR’s failure in this regard besides mobilising the SC communities to exert pressure on the government until our demand is fulfilled,” the leaders said.

MRPS district in-charge Irugu Pichaiah said MRPS was trying to garner support of the likeminded political parties and organisations in a bid to intensify their stir against the government, so that the issue would get discussed in the ongoing Parliament session. Later, the leaders submitted a memorandum to the District Collector DS Lokesh Kumar.

Saaho Movie Steals The Hearts Of Television Audience
We use cookies for analytics, advertising and to improve our site. You agree to our use of cookies by continuing to use our site. To know more, see our Cookie Policy and Cookie Settings.Ok