Road works in Raghunathapalem mandal in Khammam at brisk pace 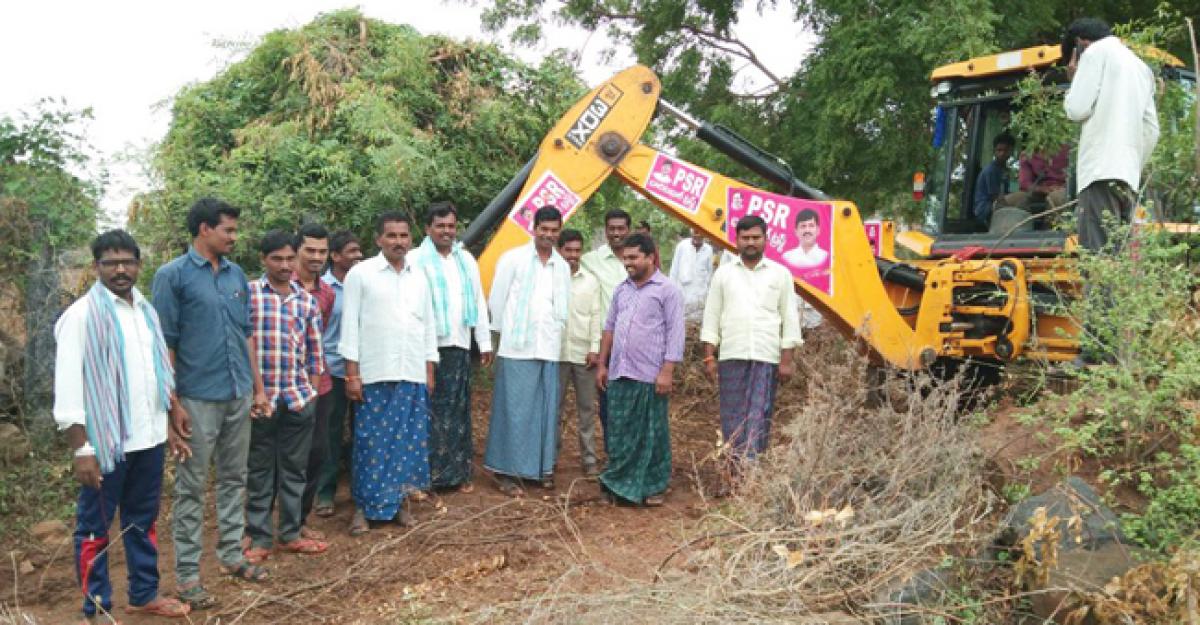 The road laying works at Ganeshwaram village under Raghunathapalem mandal are being carried out at a brisk pace under the supervision of Ponguleti...

Khammam: The road laying works at Ganeshwaram village under Raghunathapalem mandal are being carried out at a brisk pace under the supervision of Ponguleti Swarajyam and Raghava Reddy (PSR) Charitable Trust in Khammam district.

Village Sarpanch Bhukya Balu Naik inaugurated the road laying works from Gajula Bhadraiah Kunta to Ganeshwaram village at Raghunathapalem mandal on Thursday. Speaking on the occasion, Balu Naik said that there was no road between the villages for long.

When the villagers urged the MP Ponguleti Srinivas Reddy for laying of road, he took the initiative and PSR Charitable Trust came forward to build the road.

The villagers expressed happiness on seeing the ongoing works of road in the village and expressed their gratitude to the MP. Former Sarpanch Yasa Rama Rao, Jogi Yella Babu, Gajula Venkaiah, Yasa Pullaiah, Jogu Rama Krishna and Shiva Rama Krishna were present at the programme.