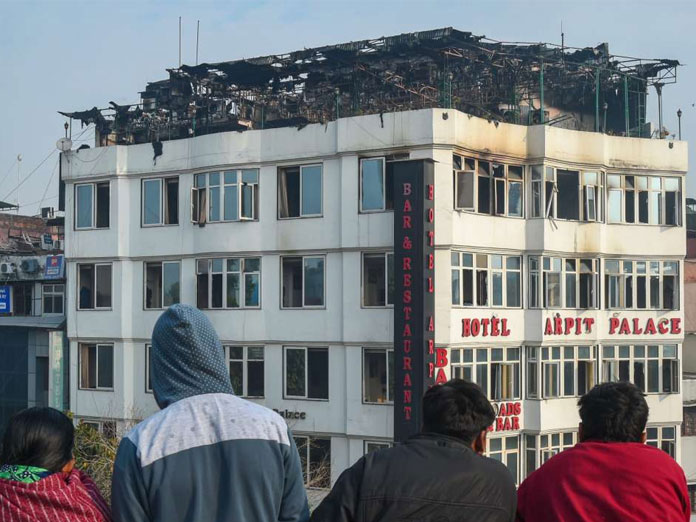 Two Myanmarese women were among the 17 people who died in the fire that broke out in a Delhi hotel, officials said on Tuesday

New Delhi: Two Myanmarese women were among the 17 people who died in the fire that broke out in a Delhi hotel, officials said on Tuesday.

Another Myanmarese woman, identified as Chain-Maya-Nyan, 28, received major spinal injuries after she jumped out of the window of her third floor room and has been admitted into the Lady Hardinge Hospital, he added.

Saumya Shrestha of Nepal has also been admitted to a hospital after he was also rescued by fire officials.

Randhawa said that the foreign nationals had booked rooms in the hotel three to four days ago.

At least 17 people, including a child, died after a major fire broke out in the five-storyed hotel in Karol Bagh area of central Delhi.

According to the police, the fire broke out around 4 a.m. on Tuesday. The report of fire was made at 4.30 a.m. following which 25 fire tenders were rushed to the spot.