Amit Shah to visit Telangana in end of February 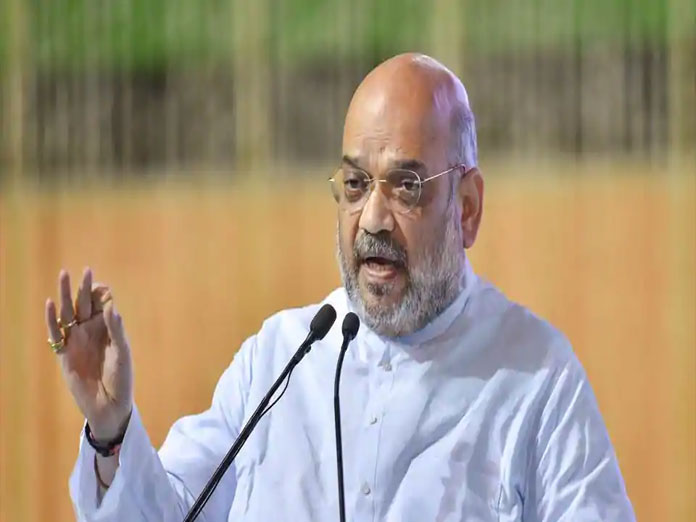 BJP chief Amit Shah would visit Telangana this monthend to attend a meeting to be organised as part of the partys preparations for the coming Lok Sabha elections, state BJP president K Laxman said Wednesday

Hyderabad:BJP chief Amit Shah would visit Telangana this month-end to attend a meeting to be organised as part of the party's preparations for the coming Lok Sabha elections, state BJP president K Laxman said Wednesday.

The party would go it alone in Telangana in the Lok Sabha elections, he told reporters here.

The BJP has divided the 17 Lok Sabha constituencies in the state into four clusters.

The party has prepared a plan of action till March 2 to reach out to people and to gear up the party machinery from booth-level in the state, he said.

The BJP has recently held a workshop of incharges of assembly segments in the state.

Union Minister Ravi Shankar Prasad had attended a meeting with IT professionals and others under the 'Bharat ki Mann ki Baat- Modi ke saath' programme to take suggestions on the agenda for building a new India, Laxman said.

The party is also organising other programmes, including hoisting party flags atop houses and to light a 'Deepam' in the homes of beneficiaries of NDA government's schemes, during this month, he said.

Dismissing the efforts of opposition parties at the national level to come together, Laxman alleged that regional parties cannot serve national interests effectively.

"Who is your leader? Can you say who will become Prime Minister (if the opposition alliance wins)," he said.

Hitting out at the ruling TRS in Telangana, he said a full Cabinet has not been formed though two months have passed since the party assumed power for a second term.

"This is Nizam-like rule," he said.

With no minister to take care of administration, files are accumulating in hundreds, he alleged.

Along with Chief Minister K Chandrasekhar Rao, only one minister (Mohd Mehmood Ali) took oath on December 13 last after the assembly polls.

Though the electorate in Telangana had voted for TRS in the Assembly elections, they should vote for BJP and Modi in national interest in the Lok Sabha elections, Laxman added.