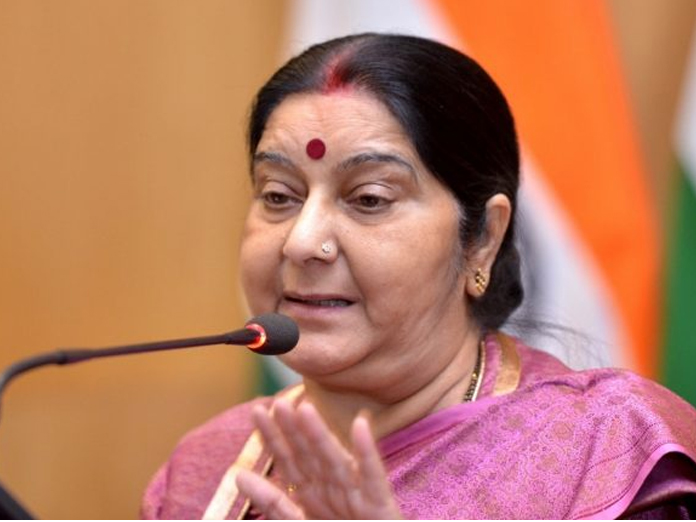 The Pulwama attack is the direct result of the impunity and cover provided to the JaisheMohammed terror group by Pakistan, external affairs minister...

Wuzhen: The Pulwama attack is the direct result of the “impunity and cover” provided to the Jaish-e-Mohammed terror group by Pakistan, external affairs minister Sushma Swaraj said on Wednesday as she forcefully raised the terror strike with her Chinese counterpart Wang Yi here.

Swaraj’s meeting with Wang came a day after India destroyed a major Jaish-e-Mohammed terror training camp in Pakistan. China, a close ally of Pakistan has repeatedly foiled India’s attempts to brand JeM chief Masood Azhar as a global terrorist by the UN.

“I am visiting China at a time when there is grief and anger in India. It is the worst terrorist attack directed against our security forces in Jammu and Kashmir,” she said in her opening remarks during the meeting held on the sidelines of Russia, India, China foreign ministers' meeting.

Hyderabad: Call for 'Save OU' movement