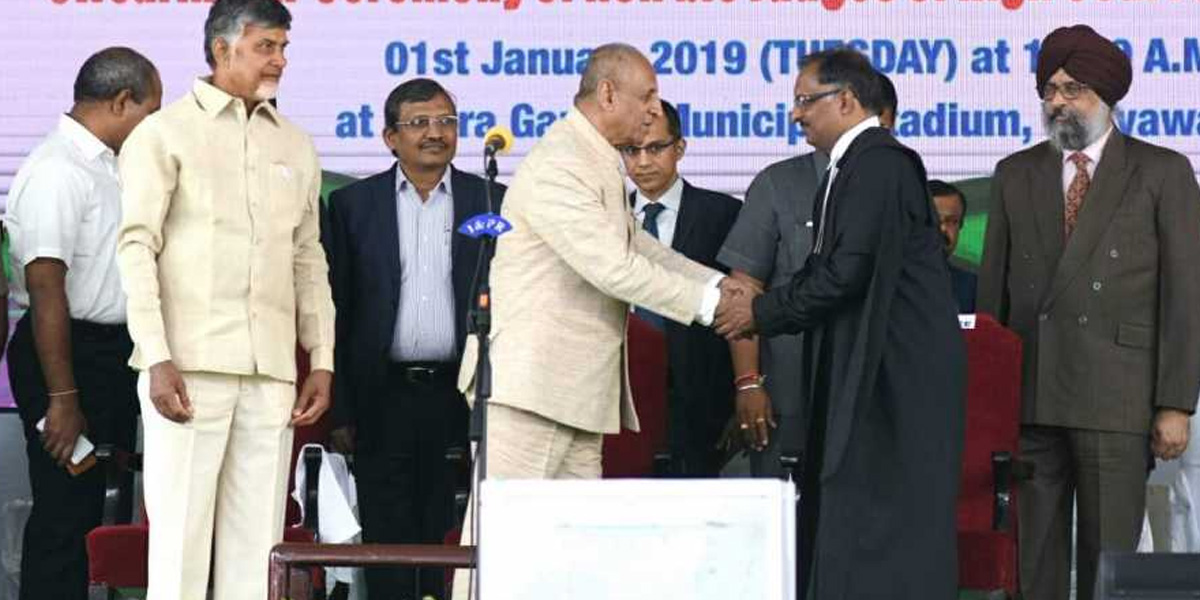 Amidst writ petitions in the High Court and house motions in the apex court, finally the High Court of AP is set to function at Amaravati ,capital city of State from January 1,2019. With this the new year has begun its journey with a positive note.

It is very interesting to know the new High Court started its functioning at the area where it was before becoming the High Court of Andhra Pradesh by merging State of Hyderabad into Andhra in 1956.So during this more than six decade period bonding among legal luminaries have become stronger and stronger and it was reflected in the farewell function organised by the Telangana High Court personal on Monday.

Earlier AP lawyers staged for High Court bench at Guntur and now some are demanding High Court at Visakhapatnam and Rayalaseema people demanding the same at Kurnool. But finally it was located at Guntur. I hope with the same spirit I would like to see separate Governors for AP and TS . It is very much needed as the common governor couldn't speak out his mind when there was conflict of interest between the States. So the bifurcation of High Court must not be linked to political interests