SP-BSP combine could alter UP politics 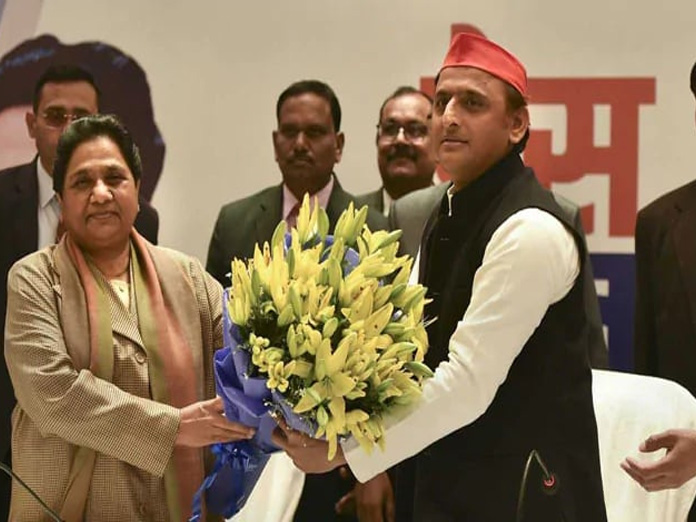 The Samajwadi Party SP Bhaujan Samaj Party BSP alliance in Uttar Pradesh UP could alter the nature of the 2019 elections It is not hard to see why...

The Samajwadi Party (SP) - Bhaujan Samaj Party (BSP) alliance in Uttar Pradesh (UP) could alter the nature of the 2019 elections. It is not hard to see why. The road to Delhi, as the cliché goes, lies though Lucknow. By winning 71 of the 80 seats on its own, and 73 with allies, the Bharatiya Janata Party’s (BJP) sweep in 2014 has a lot to do with its success in the State. A substantial dip here will diminish the BJP’s prospects and alter the arithmetic of the next Lok Sabha.

But what has driven the alliance, what are its possibilities, what are the challenges ahead for both Akhilesh Yadav and Mayawati, and where does the Congress fit in? Once again, it is easy to grasp that the sheer logic of political survival has brought the erstwhile rivals in UP together. Mayawati has now lost three consecutive elections — two in the State (2012 and 2017) and the last Lok Sabha polls (2014).

Yadav suffered a tremendous blow in both 2014 and 2017. Both recognised that the anti-BJP votes were getting fragmented between them and the continuous squabble with each other could lead to political extinction. By tentatively allying together in the by-polls of 2017, the SP-BSP smelled blood and recognised the potential of their partnership. The pressure from below also pushed them together. Yadav’s decision to be respectful of Mayawati’s seniority and stature has helped too.