A war of attrition, nothing else 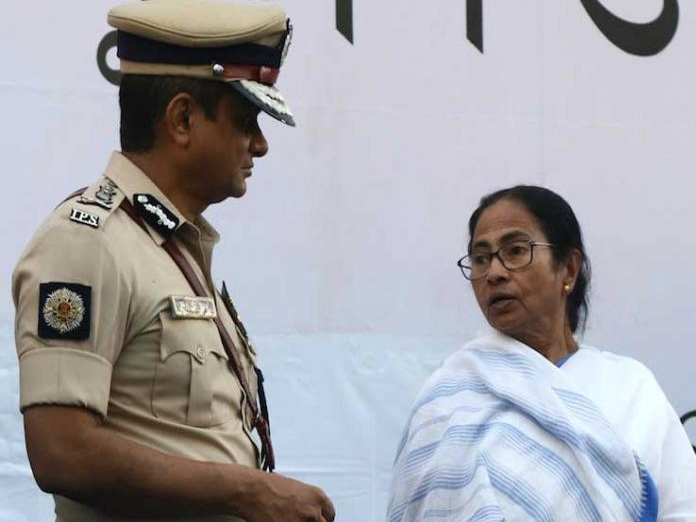 The West Bengal Chief Minister Mamata Banerjee commenced an indefinite dharna sitin from Sunday night, alleging a coup against her government after...

The West Bengal Chief Minister Mamata Banerjee commenced an indefinite dharna (sit-in) from Sunday night, alleging a coup against her government after CBI officers tried to enter Kolkata Police Commissioner Rajeev Kumar's residence with intention to interrogate him about the connection with the Saradha Chit Fund scam case. More surprisingly, the raid done by 40 officers on his house was unannounced and warrantless, which is constitutionally unfair in toto.

If we scrutinize the phenomenon of this abominable landing-up on Rajeev Kumar's house utterly and deeply, we will come to know that, all this drama has been carried out in the full guidance of BJP deliberately to destabilise the oppositions particularly to emaciate the strongest opponent Trinamool Congress party. It is totally a political vendetta.

Simultaneously there had to be some reasons of this raid which came to light. Kolkata police had recently raided office of firm, linked to ex-CBI interim chief Nageswara Rao. There were financial transactions of this firm with his wife and daughter. It can be a reason of the raid.

Mrs Mamata Banerjee said that, this was a dharna to save India, save the constitution and save the federalism. Moreover, all the opposition parties have stood by her and made her sure that, they stand shoulder to shoulder with her and all the opposition will stand together and defeat these fascist forces.

There are some questions to be asked to BJP. Why this raid took place without a warrant? Why they did not take state government's permission following the Establishment Act?

If BJP really perturbs about corruptions, why it did not question to Mukul Roy who was also involved in this case. Is it because he joined the BJP last year! Why BJP reminded it to probe just before some days of Lok Sabha election. What BJP and Modi government has done against the scams of fugitives Nirav Modi, Lalit Modi ,Vijay Mallya and so on.

Didi made a grave error

It sounds ironical to hear about the undertaking of a Dharna by the Chief Minister of West Bengal, in her own State, that too for a frivolous cause (THI Dt. 06-02-2019). Didi ought not to have resorted to such a cheap step in support of a tainted cop. This police boss is continuously evading the CBI's official summons for the last two years, in connection with an investigation of a Chit Fund scam.

In a democracy, every citizen is bound to co-operate with any official criminal investigating agency, either Central or Sate. This particular officer is also a citizen in the first place and police chief the next. Being in Uniformed Services, he is bound by discipline, duty-bounded-ness under Conduct Rules of a public servant.

If such a situation arises, unfortunately, the concerned Chief Minister, being an elected public representative, vested with vast administrative powers, should have directed him to follow the national duty. But, Didi choose to stage a Dharna, shielding this officer with a questionable integrity.

Even majority of opposition parties did not hesitate to orchestrate, echoing her faulty action and out-bursts. She even refused permission to a counterpart Chief Minister to land on her turf. With the interference of Apex Court, the matter ended in a happy note, after three days brouhaha.

All the political parties supporting her, should bear in mind that public are watching their ideology, meta-physics & behaviour in lawful resolving of sensitive corruption cases, especially when the general elections are around the corner.

Though the battle erupted between Centre and West Bengal government has come to its end after the Supreme Court ordered Kolkata Police Commissioner Rajeev Kumar to make himself available to the CBI for questioning in the chit fund scam cases. But it is yet decide who is victorious in this battle, whether Centre or Kolkata government because both the opponents are claiming for the victory.

The BJP claimed victory for Centre in its stand off with the West Bangal for cooperation with the CBI in the case. On the other hand CM of Bengal Mamata Banerjee has secured this title for herself by saying that it is the victory of our Constitution and democracy. However, it seems that it was the battle of only words. So now both the parties should work together with absolute cooperation to repay the agency of the country its credibility and autonomy.