We are living in a zoologically disastrous world today 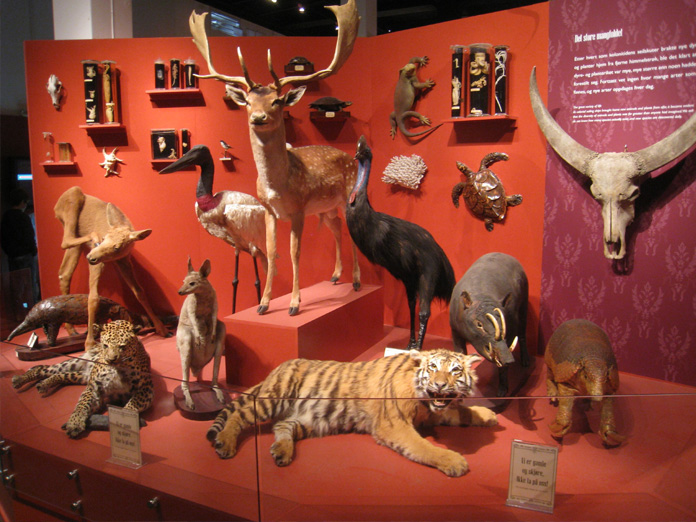 This refers to the article Meat Consumption Driving Earths Biggest Animals to Extinction Imagine the number of frogs to be killed in order to get 40...

This refers to the article "Meat Consumption Driving Earth's Biggest Animals to Extinction". "Imagine the number of frogs to be killed in order to get 40 tonnes of frogs's legs", asked an alarmed T.N.Seshan, the legendary former bureaucrat, in his capacity as the Environment Secretary in the late 1980s, when someone were keen to export the said quantity of frogs from West Bengal! Seshan regrets that in spite of his valiant attempts to thwart the exporter's plan, the latter eventually had his way by seeking political intervention. Today, this item, sourced mainly from the forests of Indonesia is a delicacy in France, where it is widely served in restaurants.

Good heavens! The saddest part is that such a superstition-driven demand for animal organs(that are sourced from various countries, including India), is driving the same animals to extinction! This makes me wonder whether China is worthy of being called as a "civilization"? May be it was one several centuries ago, but not certainly today, given their detestable attitude towards animals. Ayurveda, the traditional Indian system of medicine, too depends on animals(like cows for Gaumutra, panchagavya etc) for curing diseases, but to it's credit, no animal is killed for this sake.

Not only China, but so are other South-East Asian countries like Malaysia, Indonesia and Vietnam, which are notorious for crocodile and snake "farms"(as if animals were vegetables, to be farmed!), where the poor creatures are exclusively raised for subsequent "harvesting"(i.e cruelly killing and skinning them at slaughter-houses) and export of their skins to European countries, where they are used as leather for making handbags,watch straps, boots etc. by world-famous brands. It takes the skin of 3-4 crocodiles to make one handbag!

Everyone is familiar with the hunting & slaughtering of whales(incl. pregnant ones) in Japan. I remember reading a heartrending report of a mother whale crying seeing it's baby whale being hunted by a ship.
In Canada, a particularly abominable slaughter of animals takes place and that pertains to baby seals! Thinking that these creatures are eating and depriving the cod fish population for human consumption, every year, fishers cull, i.e. club a number of weeks-old baby seals to death, along the Newfoundland shores. This annual commercial cull is subsidized by the Canadian Government!

In addition to this, there is always the horrifying and enormous slaughter of animals for food. In the USA alone, some crores of animals are estimated to be slaughtered each year. The extinction of the "dodo" bird in Mauritius should serve as a lesson. The saying "As dead as the dodo" is a shameful and standing reminder of what man has wrought on nature. This flightless bird was relentlessly hunted for food by European sailors who used to stop over this island in the mid-17th century.

And as was the brainless habit with them, these people introduced predatory non-native animals like rats, cats and dogs to this place, which kept eating the eggs of dodos. All this gradually led to the extinction of the poor bird! The consequence? The population of the ebony hardwood trees(which the islanded traded with other countries), whose growth crucially depended on the seeds excreted from the stomachs of dodo, came to an end! As a result, ebony had to be replaced by sugarcane and for cultivating which labour had to be imported from India, beginning a new chapter in the history of colonial slavery!

All this sums up the zoologically disastrous era we anthropocentric "humans" have created! Unregenerate carnivores today do not spare a thought to the fact whether they are in such a desperate condition as to depend on animals for their food like the early man. Whether their sedentary modern jobs make meat safe to their heart and intestines. And that there are a variety of delicious grains, pulses and veggies to alternatively choose from.

Far from this, we only get deceptive reactions like "Off with your food fascism. I'll kill and eat whatever I like"!! This reminds me of an old Garfield cartoon which goes thus: Jon: "I hate movies about man-eating lions. How can an animal possibly prey on an innocent victim?" Garfield: "Explain that to the chicken you had for dinner"!!

Humour apart, let's forget about other countries. Let the change for the better begin from India, the country that has given us the best philosophy and maturity to treat sub-humans like animals. In this country even non- vegetarians are known for their moderate and principled consumption of meat, that too carefully sparing certain animals and days.

While no can force them to give up meat, it would be greatly appreciated if they rethink their food habits and give up meat. The Shastras too say that a meat-eater who consciously decides to renounce meat out of choice, would be blessed!

How Coronavirus Affects Pregnant Women: Are Would Be Mothers At...