Imran does what Modi does not 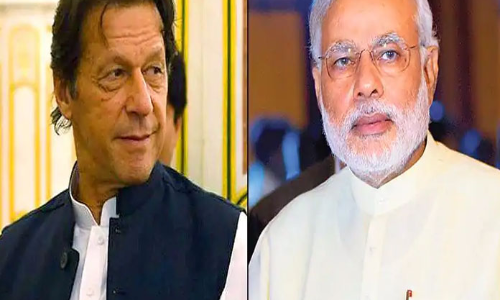 Imran Khans party does what Indian government wouldnt A right action has taken place in the wrong country Pakistan, of all places A minister seeks to ...

Imran Khan's party does what Indian government wouldn't. A right action has taken place in the "wrong" country -- Pakistan, of all places. A minister seeks to denigrate a minority community by making an obnoxious remark about its purported dietary habit. The video goes viral a week later, a domestic uproar follows and within a matter of days, the ruling party forces him to apologise and resign.

Pakistani Punjab information and culture minister Fayyazul Hassan Chohan was forced to resign over the crude remark targeted at Hindus. He had used foul language against Hindu community while criticising India. Chohan had sought to put a spin to it by saying he meant the Hindus in India, not in Pakistan, but it did not help him save his skin even in the prevailing climate.

Chohan belongs to the party of Prime Minister Imran Khan who has been of late piling up brownie points on the public relations front. Unwittingly or otherwise, the swift crackdown on the minister has swivelled the spotlight to a glaring contrast in India. Several ministers and politicians have survived under Mr Narendra Modi's watch despite making outrageous statements against the minorities in India. Hope his party too does what Imran Khan's party did.