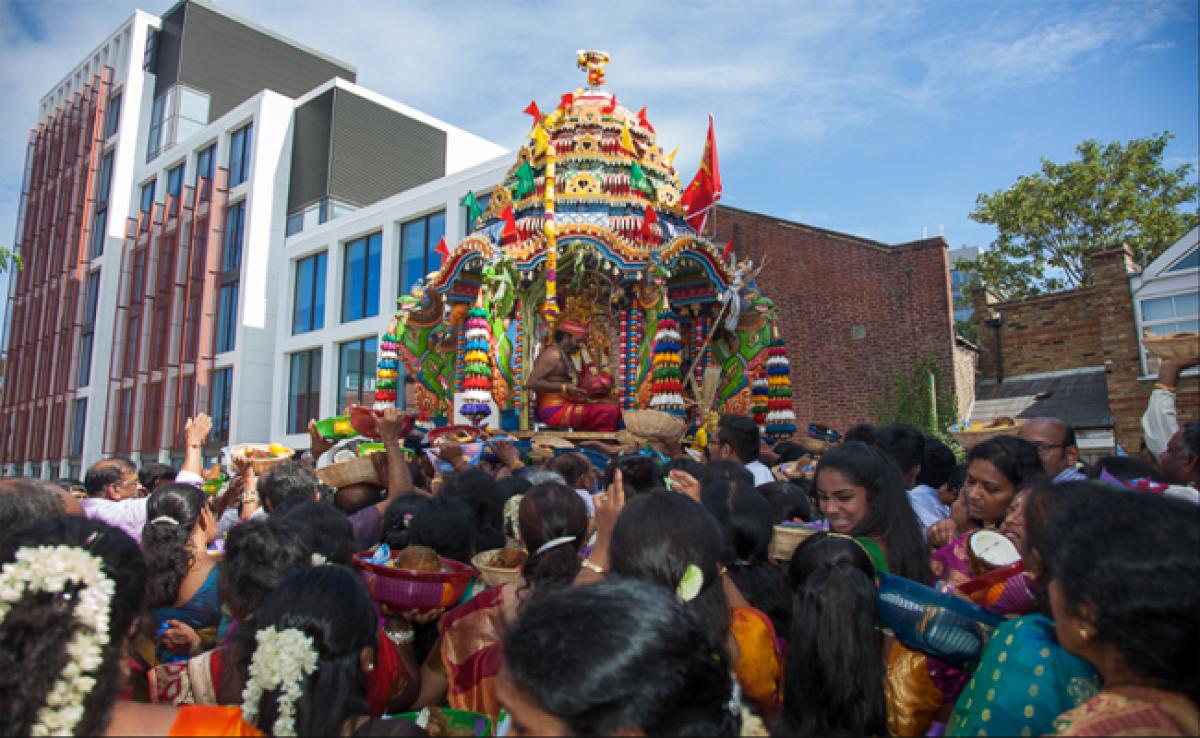 Organized by International Society for Krishna Consciousness (ISKCON); this Hindu chariot procession, lead by a band, marched from Hare Krishna Temple on Dewinton Road to Shree Sanatan Dharma Mandal Hindu Temple in Nakasero, carrying images of various Hindu deities; concluding in prayers, cultural program and a community dinner. Accompanied by live instrumental music, participants danced and clapped with chants of “Hare Krishna” and “Hare Rama”. It was like getting a taste of India and Hinduism without leaving Kampala, reports suggest.

Meanwhile, Hindu statesman Rajan Zed, in a statement in Nevada today, commended efforts of the organizers and Kampala community to realize this wonderful festival, said to be exhibiting the richness of Hinduism.

Zed, who is President of Universal Society of Hinduism, further said that it was important to pass on Hindu spirituality, concepts and traditions to coming generations amidst so many distractions in the consumerist society. Zed stressed that instead of running after materialism; we should focus on inner search and realization of Self and work towards achieving moksh (liberation), which was the goal of Hinduism.

Rath Yatra is said to be the oldest known parade in the world and it is believed that pullers of this Lord Jagannatha’s chariot receive immense spiritual benefit. Popularized outside India by ISKCON founder A.C. Bhaktivedanta Swami Prabhupada, this annual parade festival has reportedly been held annually in major cities of the world since 1960s.

The original Ratha Jatra is held on a grand scale in Puri (Odisha, India), where the presiding deities of Sri Mandira—Jagannatha, Balabhadra and Subhadra—with celestial wheel Sudarshana are driven on the chariots to about two miles north Gundicha temple in an elaborate ritual procession, where the huge colorfully decorated chariots are drawn by thousands of devotees. After a stay for seven days, the deities return to their abode in Sri Mandira. A glimpse of Lord Jagannatha on the chariot is considered to be highly auspicious and even a touch of the chariot is believed to yield benefits equivalent to several pious deeds. Many poets have written its glories. This year, it was also held on July six.

Rajan Zed points out that ancient Hindu scripture Katha Upanishad talks about the concept of chariot, where soul is the deity, body is the chariot, and intellect the charioteer. Skanda Purana glorifies Rath Jatra’s sanctity.