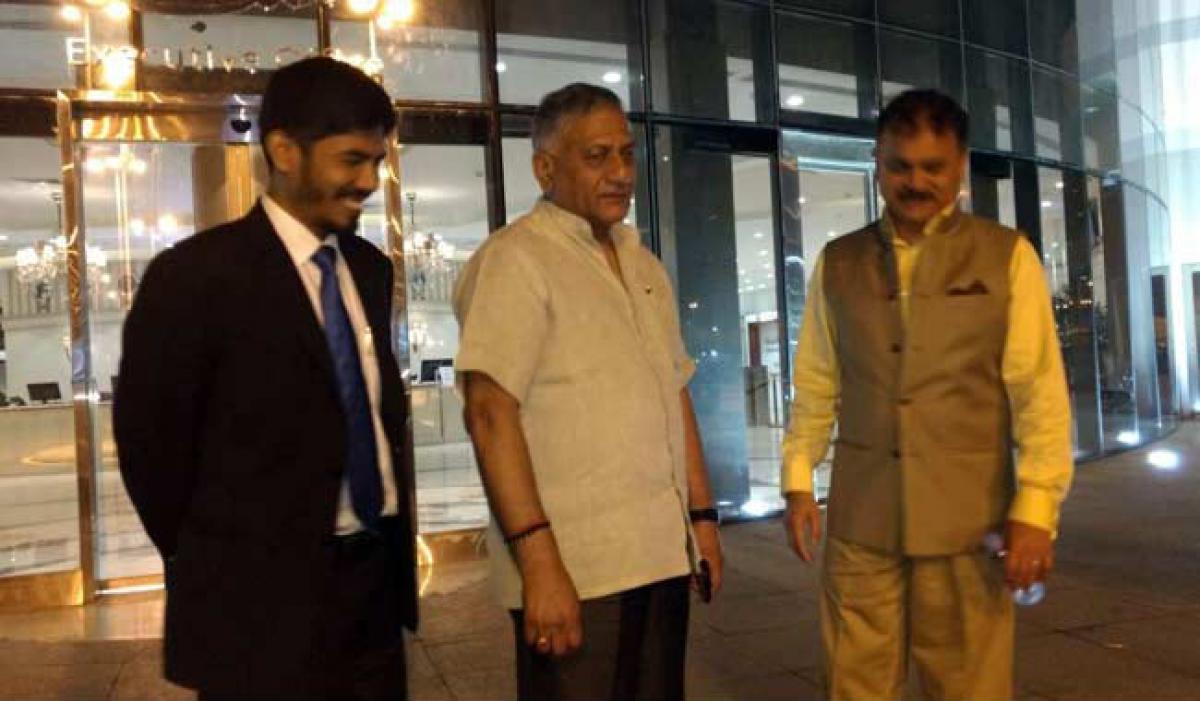 Junior foreign minister Vijay Kumar Singh arrived in Saudi Arabia on Wednesday on a mission to bring home 10,000 laid off Indian workers stranded in the kingdom without enough money for food or plane tickets.

Singh tweeted that he had arrived in the Western city of Jeddah and begun meeting with the Indian consulate there, adding the hashtag "#NoIndianLeftBehind".

A sharp drop in oil prices has led to a spending slowdown in Saudi Arabia, the world's top exporter, and some construction firms that employ South Asian workers have fired their staff.

Foreign Minister Sushma Swaraj said on Saturday that the employers had not paid the workers' wages and that they now faced a food crisis.

The Jeddah consulate is distributing emergency food rations to the employees pending efforts to repatriate them.

Saudi Arabia says it investigates any complaints of companies not paying wages and if necessary obliges these firms to do so or risk fines and other penalties.