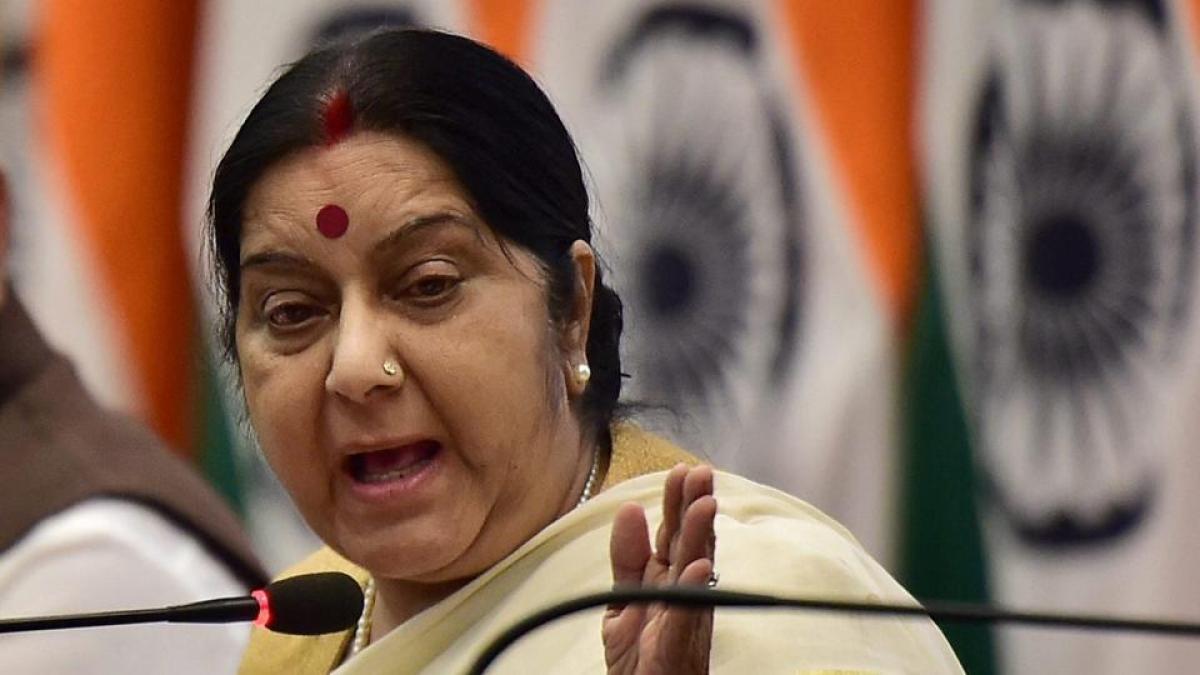 We took up the matter with Canadian High Commission. I am happy you will participate in the Yonex Canada Open,-' Swaraj tweeted after badminton player ...

External Affairs Minister Sushma Swaraj on Thursday said the government is following a case with the US police about the Telangana man who was shot at in California.

In a series of tweets, Swaraj said she has recieved a report from Indian Consulate in San Francisco that an Indian man identifed as Mubeen Ahmed, who was working at a gas station in California, was shot at by a gunman.

"I have received the report from our Consulate in San Francisco. The victim Mubeen Ahmed works at a gas station. A gunman demanded money from Mubeen and then fired at him," she tweeted.

"He is admitted in the Eden Medical Centre CA. Fortunately Mubeen is now out of danger. We are following up the case with the police," she said.

According to reports, 26-year-old Ahmed, a native of Telangana, had gone to the United States in February 2015, to pursue his Masters course in a university.

He had completed the course two months ago and was doing a temporary job at a private store.

Tweeting on a separate issue, Swaraj said the government has taken up with the Canadian High Commission the visa issue of Indian badminton players, who are scheduled to play in Canada at the Yonex Open.

"We took up the matter with Canadian High Commission. I am happy you will participate in the Yonex Canada Open," Swaraj tweeted after badminton player Sikki Reddy said the players were struggling to get a Canadian visa.

"Hi Mam, this is Sikki Reddy, badminton player. We all players have applied canada visa for the Yonex Canada open," Reddy had tweeted on Wednesday.