Kher urges govt. to take up his visa issue with Pak 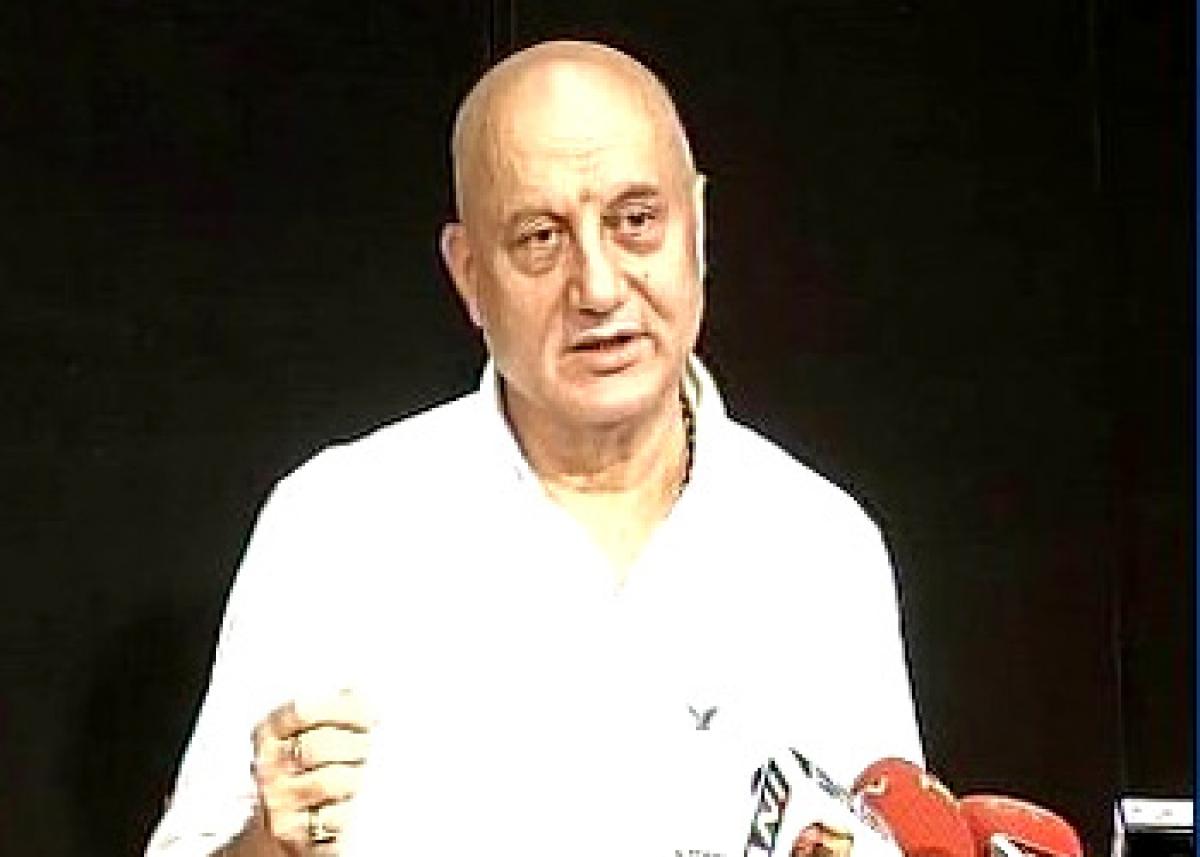 Expressing his disappointment over Pakistan denying him a visa to attend the Karachi Literature Festival, Bollywood actor Anupam Kher on Tuesday asked the government to take up the matter with Islamabad.

Mumbai : Expressing his disappointment over Pakistan denying him a visa to attend the Karachi Literature Festival, Bollywood actor Anupam Kher on Tuesday asked the government to take up the matter with Islamabad.

"I am not angry on anyone. I am hurt and saddened... The organiser of the Karachi lit fest said that the government officials told her not to invite Anupam Kher. I don't know why?" he said.

"I would request the Government of India to take up this matter (with Pakistan)," he added.

Kher said that he did not have anything against Pakistan and would go there in future if granted a visa.

"I was probably the only actor from Bollywood, who wrote an open letter condemning the attack on Peshawar school," he said.

Kher, who was to attend the Karachi Literature Festival on February 5, has been denied visa by Pakistan.

However, the Pakistani High Commission has refuted Kher's claim and said that they have received no visa application from the actor.

Kher earlier accused the Pakistan High Commission of lying on the claims that he never applied for visa.

The actor was denied a Pakistani visa in May 2015 as well, when he wanted to visit Pakistan to attend a literary festival in Lahore.