Indian Muslims have nothing to do with the ISIS: Owaisi 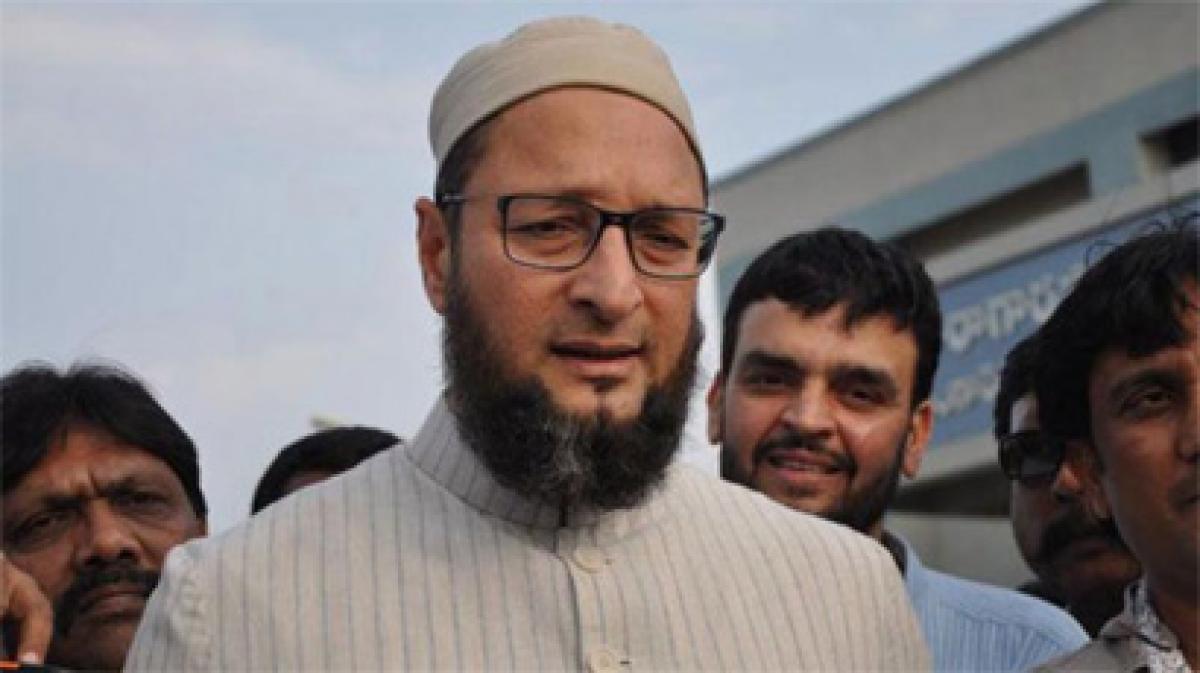 All India Majlis-e-Ittehadul Muslimeen (AIMIM) chief Asaduddin Owaisi on Thursday said that Prime Minister Narendra Modi should not think of sending forces to fight the ISIS as it is not India\'s war.

All India Majlis-e-Ittehadul Muslimeen (AIMIM) chief Asaduddin Owaisi on Thursday said that Prime Minister Narendra Modi should not think of sending forces to fight the ISIS as it is not India's war.

"Suddenly they said that the ISIS is rampant in India. But they should know that Indian Muslims have nothing to do with ISIS. Modi ji should not think of sending forces to fight the ISIS," he said.

He also lashed out at Modi for meeting his Pakistan counterpart Nawaz Sharif in Lahore.

"The poor are dying, farmers are in penury here, but neither the SP nor the BJP cares about them. The way Modi ji met his counterpart in Lahore; it was as if two separated brothers are meeting after a long time," he said.

"It was promised that proper retaliation would be done whenever ceasefire violation take place at the border. What have they done? Hundreds of soldiers have died but the Centre has not taken any action," he added.

Owaisi also lashed out at Samajwadi Party (SP), accusing the ruling party in Uttar Pradesh of turning back on the promises made to the Muslims.

"The Muslims were promised that they would be given reservation. Have you (Samajwadi Party) fulfilled your promise? You have not been able to fulfill any of the promises. Who is stopping you from doing that? You just make promises at the time of elections and then forget them," Owaisi said.

He also alleged that politics in this country is being controlled by just the rich people. "All you have to do is to elect a Dalit, a poor person, and the world would respect you," he added.