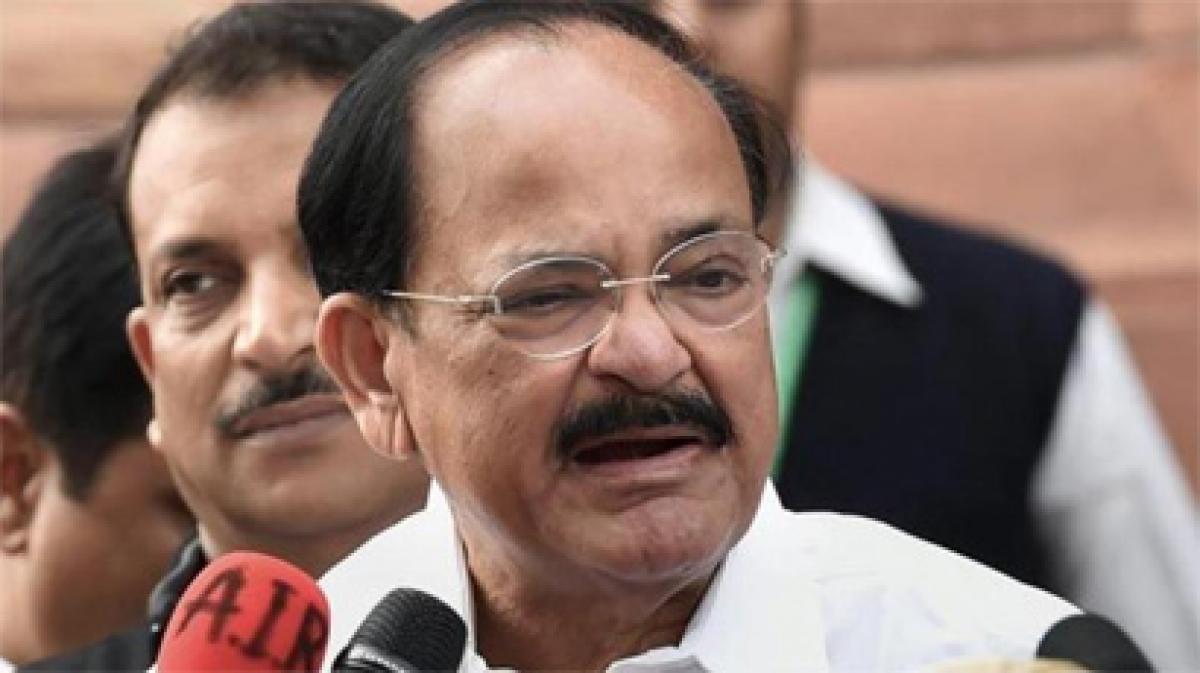 Union Minister M Venkaiah Naidu on Sunday accused the Congress of being \"intolerant\" towards mandate of people and indulging in excuses to block the bills and the Parliament proceedings.

Union Minister M Venkaiah Naidu on Sunday accused the Congress of being "intolerant" towards mandate of people and indulging in excuses to block the bills and the Parliament proceedings.

"... there is no excuse at all...Congress should stop making excuses and blocking the bills. Obstruction and blocking of the bills is blocking progress of the country. And it is Congress which is making excuses saying we are being not consulted," the Union Parliamentary Affairs Minister said.

"We never ignore anybody, we are consulting all parties. Umpteen number of times, Congress has been spoken to. Even Prime Minister has invited Congress president and even I have been to the house of Congress President twice...there is no question of ignoring," Venkaiah said.

"What we inherited from Congress party is fiscal deficit, revenue deficit, trade deficit, current account deficit and above all trust deficit. Now those deficits are over and India is moving forward and they should recognise that and should not find excuses to block the bills and block the Parliament," he said.

The senior BJP leader accused the Congress of being "intolerant" to people's mandate and asked the party to realise it and support the government.

"They (Congress) should function democratically and they should understand the spirit of democracy and respect mandate of people. They are intolerant towards the mandate of the people. Mandate is for Modi, mandate is for development and mandate is for good governance," he said.

Let the Congress also realise this and support the government, instead of bringing lame excuses, Venkaiah said.

He sought to know where are the excuses (from the government side). Prime Minister Narendra Modi is moving ahead and now international recognition and respect has come to India, he stressed.

Venkaiah said worldwide economy has slowed down, but India is moving forward. India is the most favourite destination, according to World Bank, ADB, IMF, World Economic Forum and everybody is saying with one voice.

"(There is) International slow down, China is going negative and India is moving forward...where is the question of finding excuses?" the Union minister asked.

He was reacting to Congress vice-president Rahul Gandhi's recent comments that the PM should stop making excuses and start running the country.

Social security measures are being taken up, he said, adding that 20 crore bank accounts were opened and PM crop insurance scheme has been launched.

On the forthcoming Budget session, he said, "In the upcoming Parliament session my priority is GST bill, Real Estate Development bill, Bankruptcy bill. There are few more bills. I only hope the Opposition parties also join hands together to pass these progressive bills which will help the country," Venkaiah said.

The GST in fact will increase the GDP by 1.5 to 2 per cent. That being the case, I don't think why anybody should oppose the bill, except for political reasons, he said.

"Obstructing the bill is obstructing the progress and growth of the country and affecting the poor and common people. I hope the political parties understand this and come forward to support," he added.