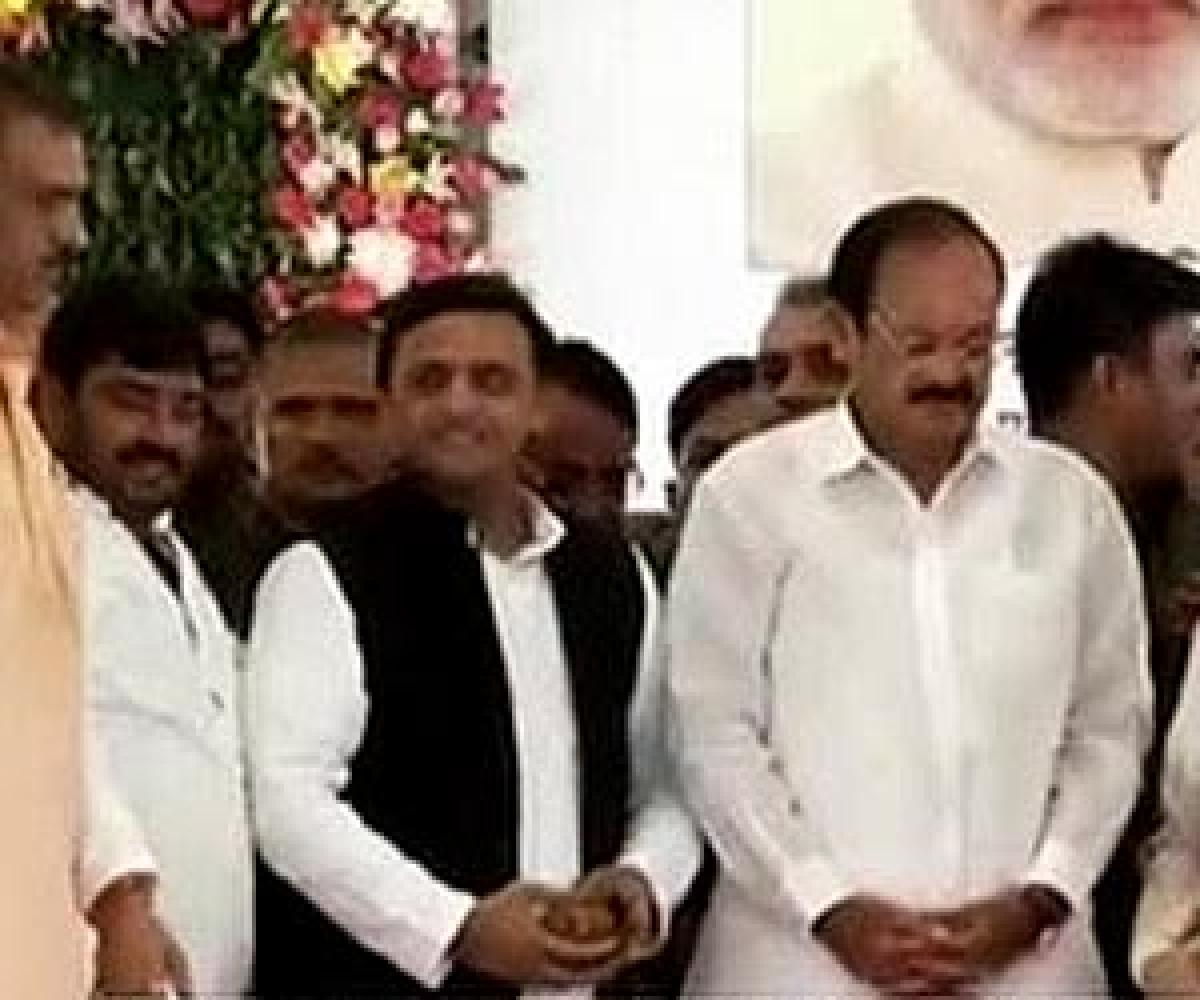 The ceremony at the Palika stadium in Benajhabar, attended by the public drew huge cheers as senior leaders of both the parties -- Samajwadi Party and Bharatiya Janata Party showed unusual camaraderie.

Addressing the gathering, Akhilesh expressed the hope that the central government would extend all help in the development of the state.

"I am hopeful that the BJP-led National Democratic Alliance (NDA) government at the centre will cooperate in getting the Kanpur Metro Rail project on track in time," the Chief Minister said.

Akhilesh also raised issues on which the Centre and the state needed to join hands.

He said that the state had been proactive in offering land for various projects of the Centre -- "be it giving land for the All India Institute Of Medical Sciences (AIIMS) in Rae Bareli during the previous UPA government or recently for AIIMS in Gorakhpur."