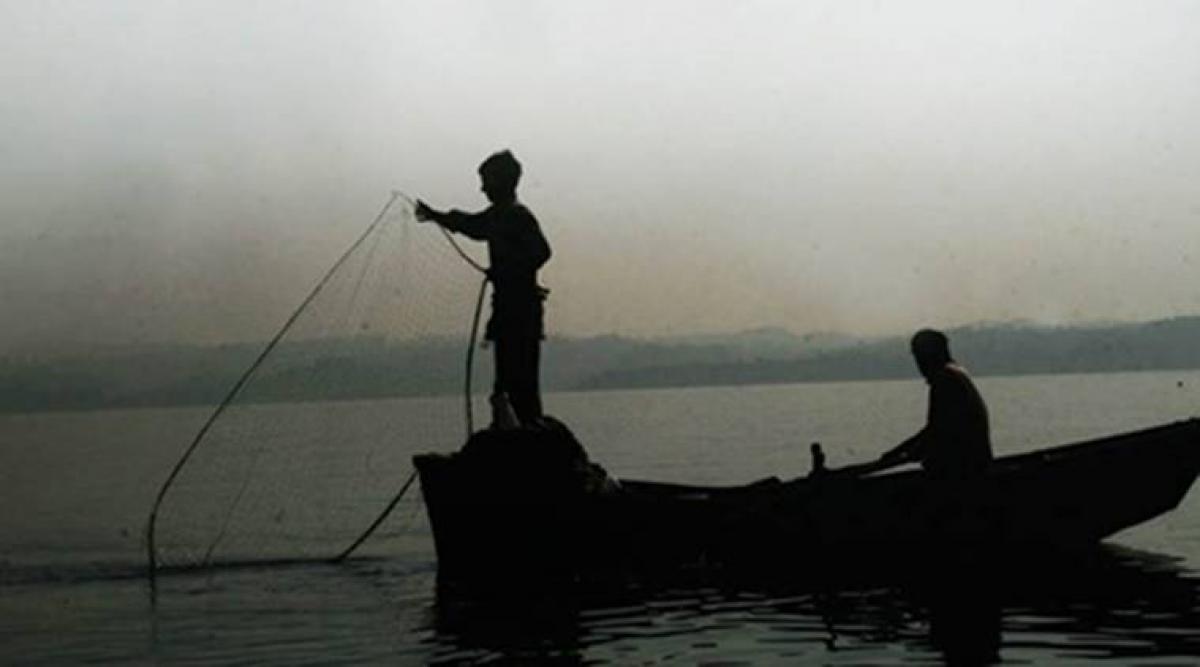 Ten Tamil Nadu fishermen were today arrested and their boats impounded by the Sri Lankan Navy for allegedly fishing in their territorial waters.

RAMESWARAM: Ten Tamil Nadu fishermen were today arrested and their boats impounded by the Sri Lankan Navy for allegedly fishing in their territorial waters.

While four of the fishermen belonged to this island town, the others hailed from Jegadapattinam in Pudukottai district, Fisheries department officials said.

The fishermen from Rameswaram, who had ventured into the sea yesterday were arrested near Katchatheevu this morning and were taken to Thalaimannar in Sri Lanka by the navy personnel, they said.

Those from Pudukottai district were arrested while they were fishing in Neduntheevu and were taken to Kangesanthurai port, they added.

Meanwhile, Tamil Nadu and Puducherry Fishermen's Association General Secretary, NJ Bose said, "Nationwide protests will be held to condemn the continuing arrests of the state's fishermen, if the Centre fails to take steps to find an amicable solution to the problem."

Yesterday, a 34-year-old Tamil Nadu fisherman from here was injured when he was allegedly attacked by the Lankan naval personnel for fishing off Neduntheevu.

Tamil Nadu Chief Minister O Panneerselvam had on January 5 written a letter to Prime Minister Narendra Modi, urging him to take up the issue of apprehension of the state's fishermen by Lankan Navy at the "highest diplomatic level," besides ensuring their safety and security.