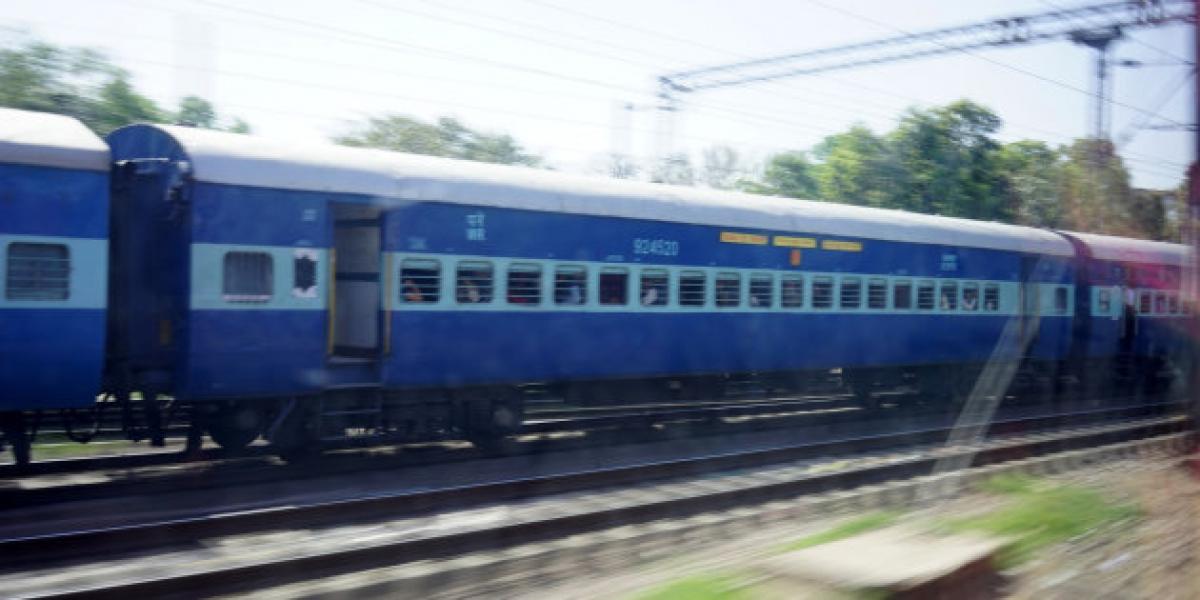 A major tragedy under Sonepur Railway division was averted in the wee hours today when two stone slabs, deliberately put on tracks, were removed in time, the East Central Railway (ECR) said.

PATNA: A major tragedy under Sonepur Railway division was averted in the wee hours today when two stone slabs, "deliberately" put on tracks, were removed in time, the East Central Railway (ECR) said.

The incident comes close on the heels of the derailment of the Hirakhand Express that left 39 persons dead.

General Manager of the ECR, D K Gayen, told reporters that in course of heightened patrolling of tracks, two patrolmen found two stone slabs "deliberately" placed on track to cause mishap in between Sathajagat and Dalsinghsarai under Sonepur division.

When the patrolmen went near the slabs around 00.20 hours today, around four persons hiding there lurked from darkness and tried to shoo them away, he said.

The official said 13420 Muzaffarpur-Bhagalpur Intercity was to pass through the venue where the slabs were found.

Unable to take on the four persons, the alert patrolmen rushed to Dalsinghsarai station and came back with RPF, GRP and Engineering personnel to remove the slabs around 1:22 hours, Gayen said.

After the slabs were removed, the track was made fit for running at 1:44 hours, Gayen said, adding during this period 13420 Intercity was detained at Dalsinghsarai.

The patrolmen, Manzoor Alam and Ramesh Prajapati, would be honoured by me tomorrow, the Railway official said.

The GM said that as part of intense safety drive launched across the country in the wake of recent train mishaps, including those near Kanpur, the ECR had intensified patrolling on 3,008 km of track in the zone.

"The patrolmen have been directed to look for gaps on track, common during winter time, and also items intended to cause sabotage to trigger train mishaps," he said.

Three criminals were arrested in East Champaran district of Bihar last week with ISI link. One of them identified as Moti Paswan confessed about his involvement in the Indore-Patna Express tragedy on November 20, 2016 in which 150 passengers had died.