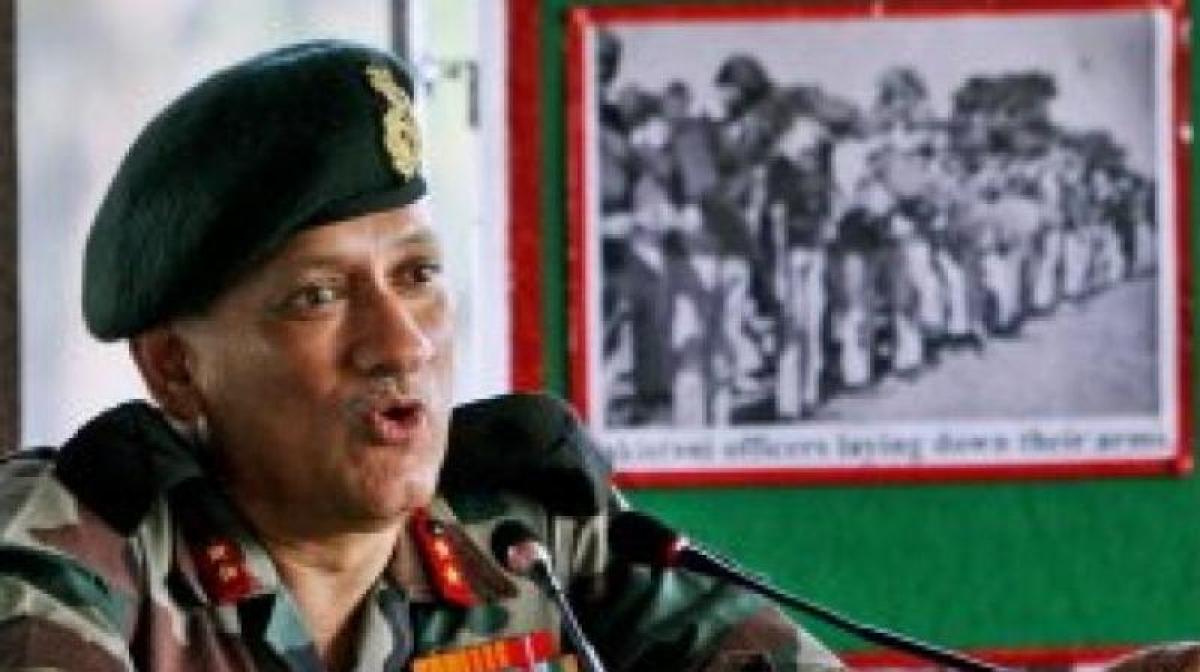 Rawat also appealed to families of the jawans who lost their lives in the avalanche to bear with them as \"weather is playing a spoilsport in bringing back the bodies of their dear ones.\"

Global warming, ecological changes and heavy shelling by Pakistani troops are triggering avalanches in places like Jammu and Kashmir, which had not reported such instances earlier, Army Chief Gen Bipin Rawat said on Sunday.

"Ceasefire violations and use of heavy weapons by Pakistani troops are leading to loosening of soil, hereby creating danger of a landslide. Global warming is also leading to cracks in glaciers," he told reporters after paying homage to Major Amit Sagar, who lost his life in an avalanche on January 25, at Sonmarg.

The Army Chief lauded the contribution of Major Amit Sagar, officer of the Territorial Army, saying he had volunteered for the posting despite the hardships there.

As many as 21 persons, including 15 army men, have been killed since last week due to avalanches and snowfall-related deaths in Kashmir valley.

Rawat said the state has been witnessing heavy snowfall over the past 72 hours, and is likely to witness similar conditions for the next two-three days.

"Due to global warming, glaciers are witnessing cracks. There are avalanches in areas which had not reported such cases earlier. Avalanches have occurred in Dawar areas, Machil sectors. We have erected some posts for counter-infiltration. Some posts are very near to enemy posts.

"There has been a lot of ceasefire violations and heavy weapons too are being used. Many times it affects the soil and loosens it up. When there is a heavy snowfall on such a loose soil and if there is a slope, it triggers danger of an avalanche," Rawat said.

He said the Army withdraws troops from places where there is possibility of an avalanche. However, some posts are vulnerable to insurgency.

"Our soldiers are facing it (the danger). Their task is counter-infiltration and despite the hardships they are doing their duty. I wish to assure you (the soldiers). You have been doing your duty with dedication (but) we have to deal with infiltration," he said.

He said the Army has been taking help of the Snow and Avalanche Study Establishment, a laboratory under the Defence Research and Development Organisation (DRDO), to map avalanche-prone areas.

Rawat also appealed to families of the jawans who lost their lives in the avalanche to bear with them as "weather is playing a spoilsport in bringing back the bodies of their dear ones."

"Because of the bad weather, some of our jawans lost their lives. (The bodies) are still in the Kashmir Valley and our priority is to bring them back and hand them over to their dear ones," the Army Chief added.