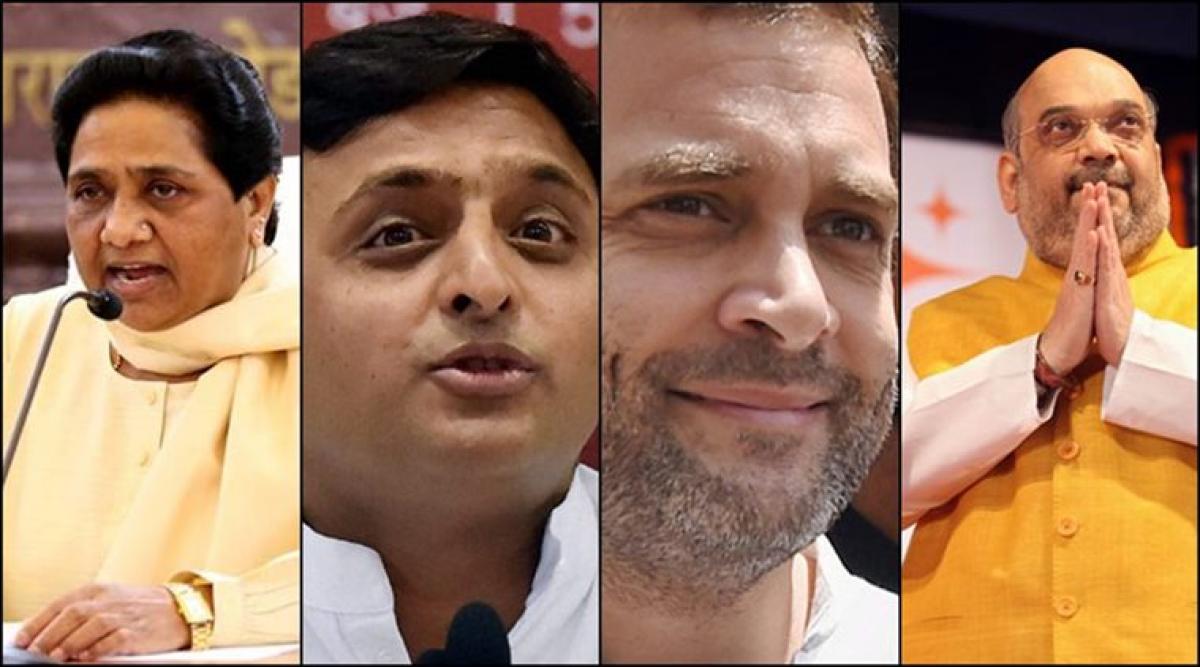 About 45 per cent votes were today cast till 2 PM in 73 Assembly constituencies in the first of the seven-phase Uttar Pradesh polls.Barring an incident of voter-slip snatching and clashes among supporters of rival parties at Baghpat, polling was peaceful.

About 45 per cent votes were today cast till 2 PM in 73 Assembly constituencies in the first of the seven-phase Uttar Pradesh polls.Barring an incident of voter-slip snatching and clashes among supporters of rival parties at Baghpat, polling was peaceful.

The turn out was estimated at around 45 per cent, he said. A total of 2.60 crore voters, including over 1.17 crore women and 1,508 belonging to third gender category are eligible to cast their ballot to decide the fate of 839 candidates.

A report from Baghpat said RLD workers obstructed Dalit voters from exercising their franchise in Looyan village under Badaut area leading to clash. Police swung into action to disperse them. FIRs have been filed against three RLD workers.

In Meerut, controversial BJP leader Sangeet Som's brother Gangan Som was detained by police for carrying a pistol inside a polling booth. Gagan reached the polling booth in Sardhana Assembly seat at 9 AM. The security personnel deployed there frisked him and found a pistol in his possession. He was immediately detained, police said.

Officials said that as per the poll code, those possessing licensed weapons are required to deposit them with the police. The permission to keep arms is granted in special cases only.

Sangeet is the sitting MLA from Sardhana and had shot to limelight for his controversial speeches during the 2013 Muzaffarnagar riots.

In Mathura, minor EVM malfunctions were reported at a few places. No incident of violence took place in all 5 seats of the district, Deputy collector Basant Agrawal said.

In the 73 constituencies where polling is being held today, SP and BSP had bagged 24 seats each, BJP 11, Rashtriya Lok Dal headed by Ajit Singh nine and Congress five in the 2012 polls.