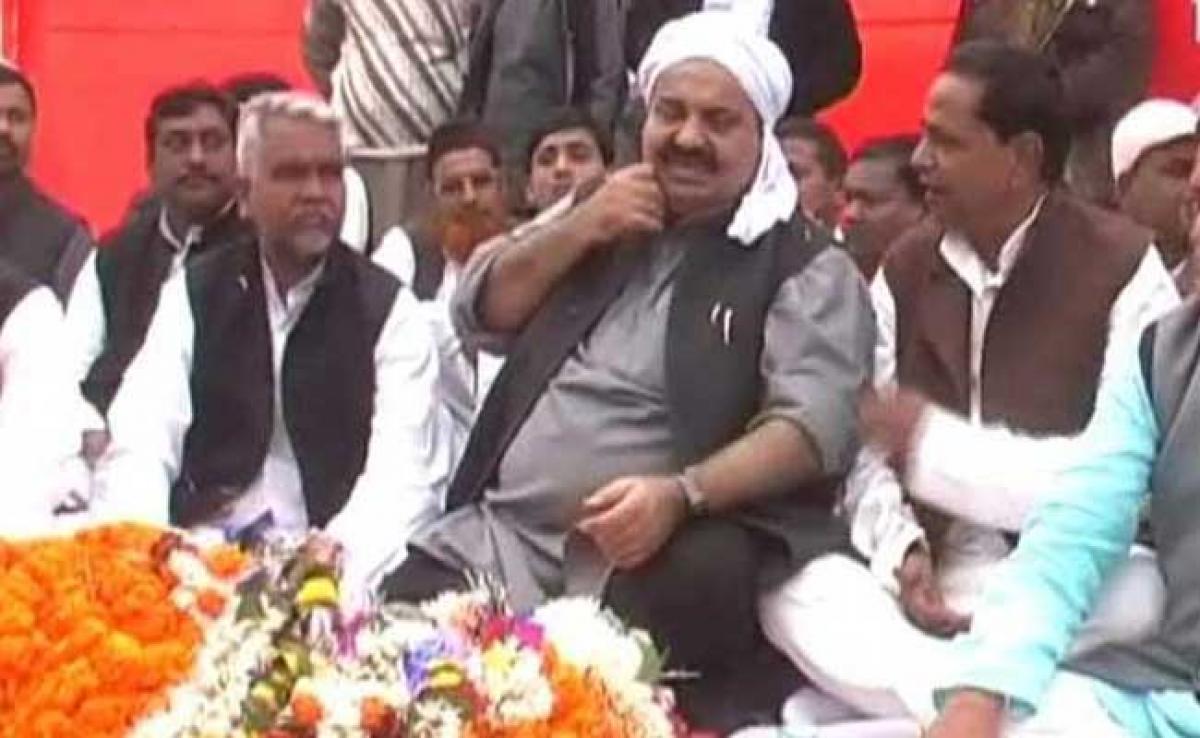 He was arrested and produced before a magistrate before being sent to jail\", the Additonal Superintendent of Police added.

Former Samajwadi Party lawmaker Atiq Ahmed was arrested today in connection with the recent assault on staff members of an agriculture institute on the outskirts of the city. The arrest comes a day after the Allahabad High Court had rapped the district police for its failure to nab the mafia don-turned-politician, even after a month of the lodging of the FIR.

"Ahmed was arrested at the Naini police station where he had gone this afternoon to give his statement in connection with the FIR lodged by employees of SHIATS agriculture institute in December last year," Additional SP (trans-Yamuna) Allahabad Ashok Kumar Rai said.

"He was arrested and produced before a magistrate before being sent to jail", the Additonal Superintendent of Police added.

Ahmed, along with a number of supporters, was named in the FIR lodged after staff members of the institute had been allegedly beaten up by the former Phulpur MP and his aides on December 14 on being prevented from forcibly entering the premises.

Yesterday, a Division Bench headed by Chief Justice D B Bhosle had come down heavily on the police for its failure to arrest Ahmed and summoned his criminal history besides ordering that all accused in the case be arrested by the next date of hearing in the matter on Monday, February 13.

The court had warned the police that it might consider handing over the probe in the matter to "some other agency" if Ahmed was not arrested at the earliest.

Upon being told that the former Phulpur lawmaker had moved a surrender application before the court of Special Chief Judicial Magistrate of Allahabad, the court had made it clear that if he wished to surrender he must do so "before this (High) court and no other".

The High Court was hearing a petition filed by the institute's employees requesting directions to the administration for providing them with adequate security. Taking a grim view of the situation, the court had yesterday also declined a request from the institute's proctor to withdraw the petition and said "if you do not wish to pursue the matter, we will treat it as a Public Interest Litigation and proceed suo motu".

Named in a number of serious offences, most notable of these being the murder of BSP legislator Raju Pal in 2005, Ahmed was offered a Samajwadi Party ticket from Kanpur Cantonment assembly seat by the then state (Uttar Pradesh) party chief Shivpal Yadav.