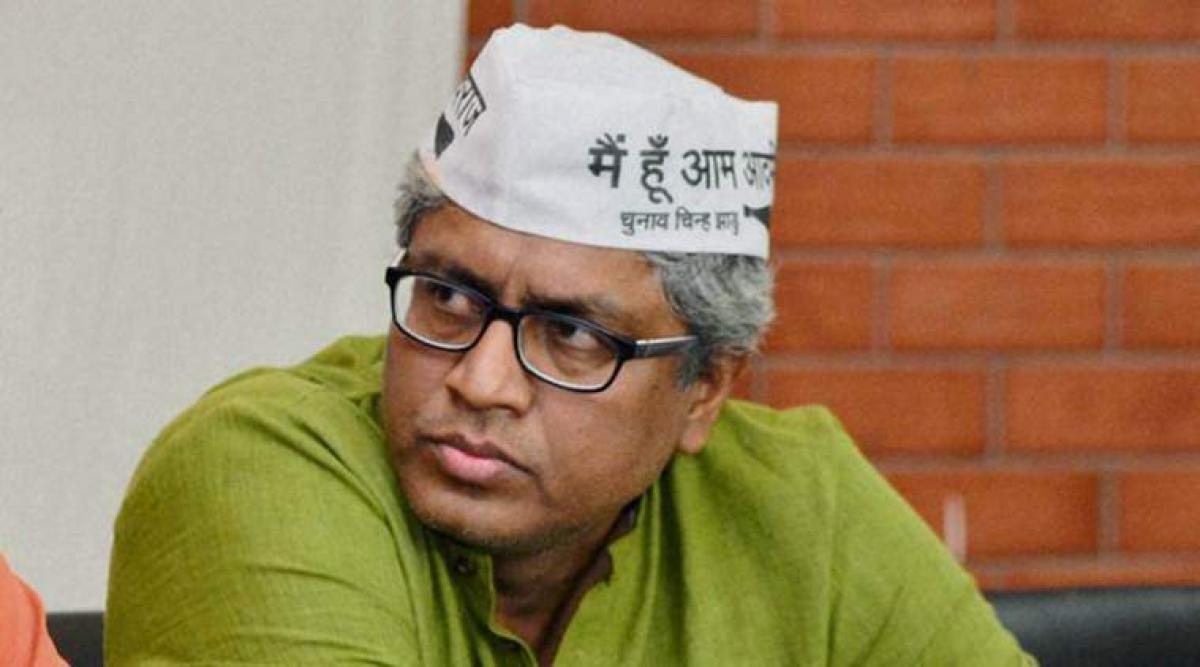 The AAP on Monday slammed the BJP for not condemning those issuing \"rape threats\" on social media to a Delhi University student who took a stand against the Akhil Bharatiya Vidyarthi Parishad (ABVP).

The AAP on Monday slammed the BJP for not condemning those issuing "rape threats" on social media to a Delhi University student who took a stand against the Akhil Bharatiya Vidyarthi Parishad (ABVP).

"A girl is being threatened by rape on social media. Not a single BJP (Bharatiya Janata Party) or RSS (Rashtriya Swayamsewak Sangh) leader called it wrong or condemned it. Why," Aam Aadmi Party (AAP) leader Ashutosh tweeted.

Gurmehar Kaur, a Delhi University student and daughter of an army Captain who died in the Kargil war, launched a social media campaign against the ABVP in wake of the violence in Ramjas College.

She later received rape and life threats on social media by some who called her "anti-national".

Delhi Chief Minister Arvind Kejriwal also attacked the BJP on Sunday over the issue and said it had now become a party of "hooligans" and "criminals".

Sharing a video of Kaur speaking about the "graphically detailed" rape threat she received, Kejriwal tweeted: "Just listen to this. This is BJP. They will destroy our country. Everyone must rise against their goondaism."

"Threatening our daughters and sisters with rape; is this BJP's patriotism? Shame on these people," he added.

Kaur, a student of Lady Shri Ram college, is the daughter of late Captain Mandeep Singh, who was killed during the Kargil war.

Clashes erupted between activists of the All India Students Association (AISA) and the RSS' student wing ABVP outside Ramjas College here on Wednesday, a day after the ABVP forced suspension of an event to be addressed by JNU student Umar Khalid.