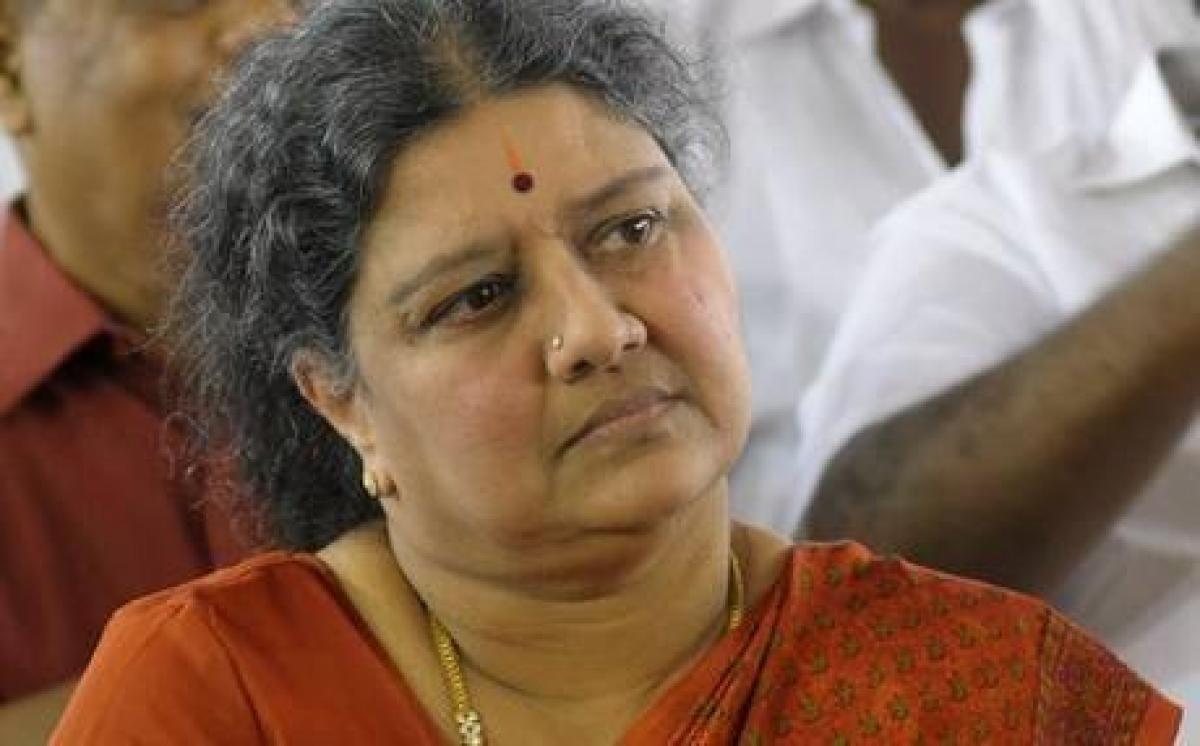 The Madras High Court today dismissed as withdrawn a PIL by a former AIADMK MP challenging the appointment of V K Sasikala as the party General Secretary.

Chennai: The Madras High Court today dismissed as withdrawn a PIL by a former AIADMK MP challenging the appointment of V K Sasikala as the party General Secretary.

When the petition by K C Palanisamy came up for hearing, a bench comprising Acting Chief Justice Huluvadi G. Ramesh and Justice R. Mahadevan observed how it could be maintained as PIL and asked the counsel whether she would withdraw the petition or wants the court to pass orders.

As the bench made it clear that it intended to dismiss the petition, the counsel sought to withdraw the PIL, filed earlier this month at the height of the power tussle between Sasikala and and former Chief Minister O Panneerselvam.

The petitioner had contended that Sasikala was made General Secretary on December 29 by the AIADMK General Council in violation of Rule 20 of the party by-laws.

He had also sought nomination of a neutral person by the Election Commission to conduct the party polls for election of General Secretary.

The post had fallen vacant following the demise of party general secretary and Chief Minister Jayalalithaa on December 5, following which Sasikala was elevated.

A resolution adopted at the General Council meeting had then said Sasikala will be formally elected as General Secretary soon.