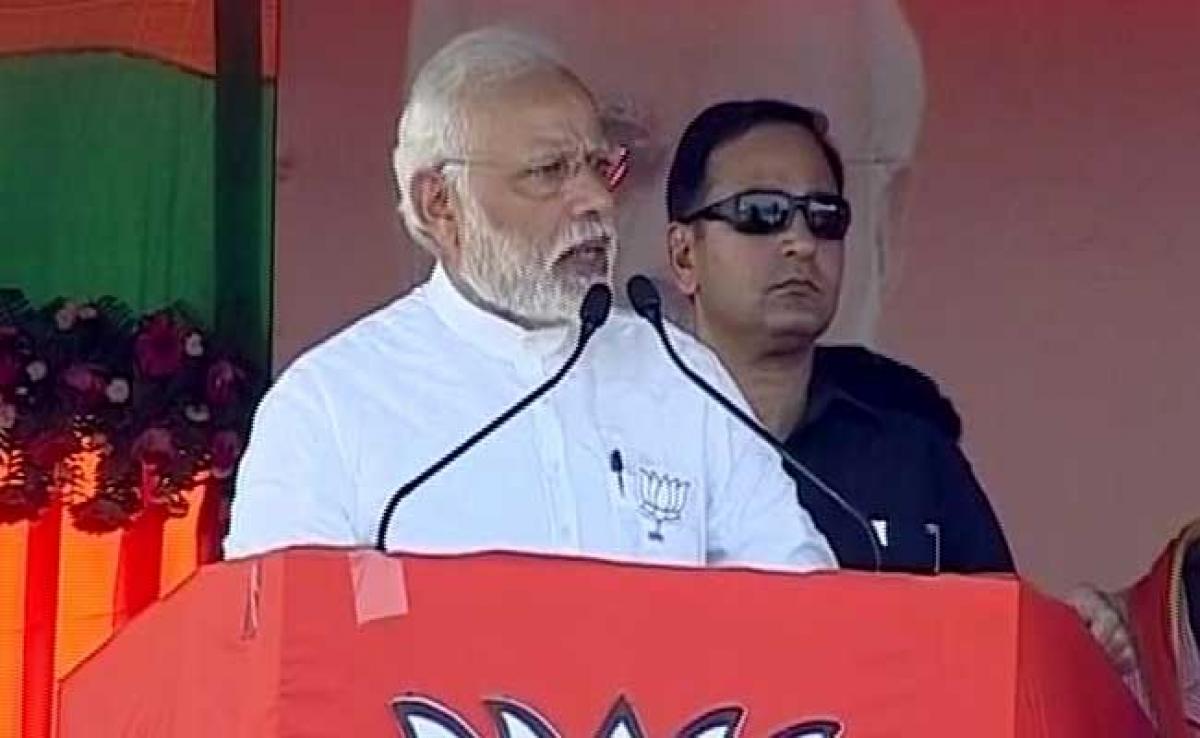 Prime Minister Narendra Modi today said he chose Varanasi over Vadodara because he wanted to restore the ancient temple town to its former glory.

Prime Minister Narendra Modi today said he chose Varanasi over Vadodara because he wanted to restore the ancient temple town to its former glory.

"I had won the Lok Sabha polls from Vadodara in my home state and Varanasi. I chose Varanasi as I wanted to restore the lost glory of the oldest city in the world," he told a town hall gathering in his constituency, seeking to strike a chord with the voters of election-bound Uttar Pradesh.

The Prime Minister began his speech with throaty chants of "Har Har Mahadev", an incantation to Lord Shiva which has also been the traditional form of greeting for residents of this ancient city.

Reaching out to his constituents who will vote in the last of the seven-phase assembly elections on March 8, PM Modi spoke his first few lines in Bhojpuri, the local dialect, and expressed his delight over getting an opportunity to visit the temples of Kashi Vishwanath, the presiding deity of the city, and Kaal Bhairav, who he referred to as "Kashi Kotwal (the custodian of Kashi)".

Apparently peeved at the Congress demanding registration of an FIR against him for today's roadshow here, Modi recalled how permission was denied for his rally in the run up to the Lok Sabha elections when he was the BJP's prime ministerial nominee.

PM Modi said being a "small worker of BJP" apart from the local MP and Prime Minister, he had the right to interact with people of his constituency.

"I am a small BJP worker besides being the Prime Minister and an MP. I am pained by the memory of election officials in the city depriving me of an opportunity to hold a rally during the Lok Sabha polls. Permission for the rally was granted at the last moment. I wonder what might have been the compulsion for the election officials to take such a decision.

"Assembly elections are a festival of democracy and I availed of this opportunity to interact with the people of my parliamentary constituency by travelling in an open vehicle on my way to holy temples," PM Modi said.

The district administration had refused to give permission for the rally in a crowded locality of the city during the Lok Sabha elections of 2014. Senior BJP leaders including Amit Shah and Arun Jaitley had sat on a dharna in protest.

Earlier in the day, the Congress approached the Election Commission seeking registration of an FIR against Modi for the roadshow, alleging it was held without due permission from the poll panel or the local authorities.

Referring to the importance of Varanasi, also called Kashi, PM Modi said, "During my tour of the US, I happened to visit Boston and I was told that they had a street which they fondly called Kashi, and the people there commonly referred to those in the teaching profession as guru."

The Prime Minister referred to a slew of measures undertaken by his government for the facelift of Varanasi and mocked Chief Minister Akhilesh Yadav for doubting his commitment to improving living conditions in the city.

"The formation of a BJP government in the state is a certainty now," he asserted.