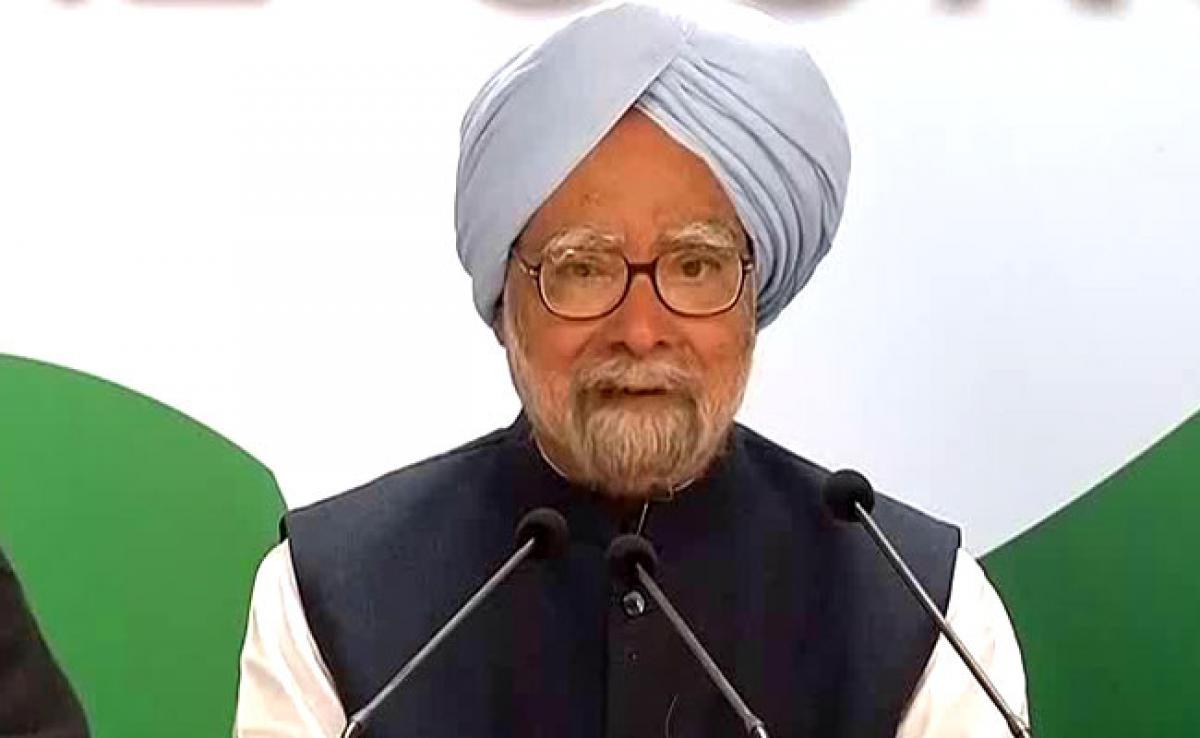 Manmohan Singh was not a \"weak\" prime minister, but for some \"strange reasons\" he decided not to assert himself during the second term of the UPA government, Congress leader Manish Tewari said.

Manmohan Singh was not a "weak" prime minister, but for some "strange reasons" he decided not to assert himself during the second term of the UPA government, Congress leader Manish Tewari said.

Responding to questions after a book launch event, Mr Tewari said, "My personal take is that Manmohan Singh was not a weak Prime Minister."

"Had he been a weak PM, he wouldn't have gone ahead with the civil nuclear deal. But for some strange reasons, he decided, during the second term of the UPA, not to assert himself."

Attacking Narendra Modi for his 'shamshan-kabristan' remark, he said it doesn't behove the prime minister's post and termed as "worrying" the BJP's bid to tailor the national discourse to its views.

"I will try and be non-partisan, but unfortunately when you are seeing the Prime Minister of the country bringing down the discourse to 'shamshan' and 'kabristan', it does not really augur well for the institution of the PM.

"Therefore, when you speak as the PM, in every action, every articulation of yours, that statesmanship should come out," the former Union information and broadcasting minister said.

During a poll rally in Uttar Pradesh, PM Modi had stressed that there should be no discrimination on the basis of caste and religion. "If there is electricity in graveyard and during Ramzan, it must also be available in a crematorium and during Diwali," Modi had said.

Mr Tewari said that he feels that there has been a "concerted attempt" to try and tailor the national discourse to BJP's views after the party came to power.