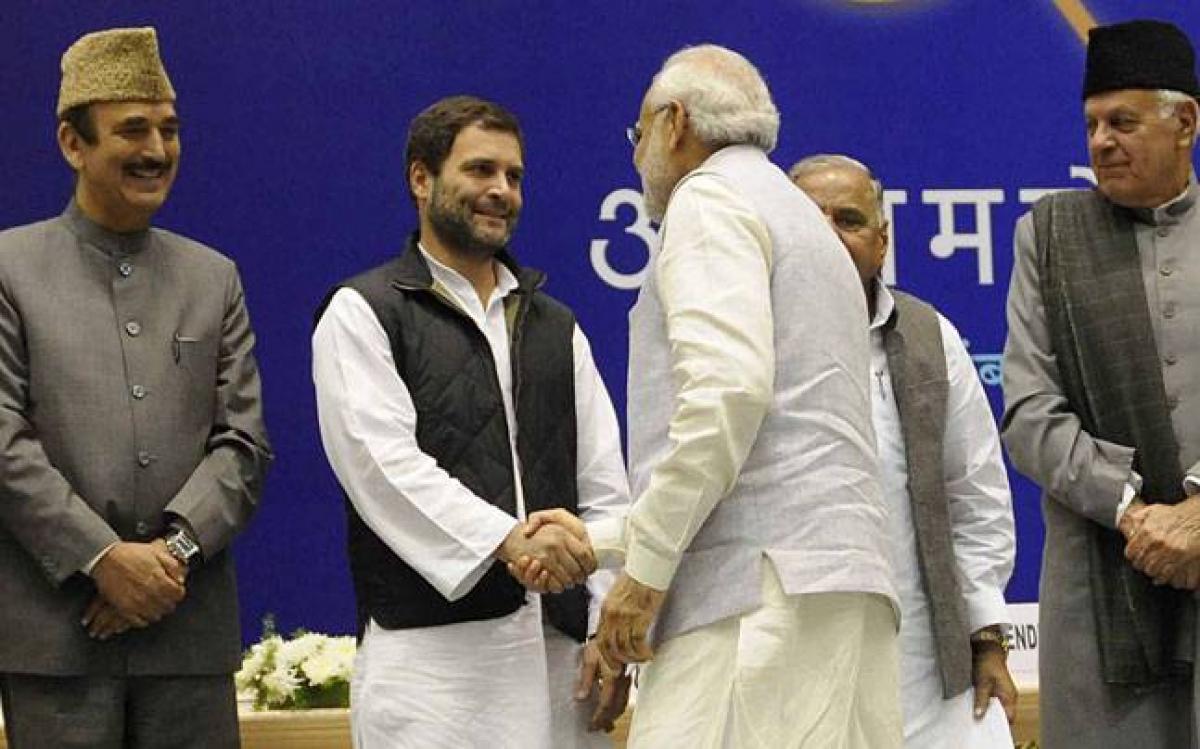 This government of youth, he claimed, will make UP \"the factory of the world\" and even former first lady of the USA Michelle Obama would find \'Made in Jaunpur\' embossed over her kitchen utensils.

Claiming that Prime Minister Narendra Modi has "grown old" and must be "feeling tired", Congress Vice President Rahul Gandhi on Monday said his party and ally Samajwadi Party would form a "government of youth" in Uttar Pradesh. "Prime Minister Narendra Modi has grown old, and hence a government of the youth will be formed in UP. And this government will make the state -- the factory of the world. Products with 'Made in Uttar Pradesh' embossed on them will be made available throughout the world," he said.

This government of youth, he claimed, will make UP "the factory of the world" and even former first lady of the USA Michelle Obama would find 'Made in Jaunpur' embossed over her kitchen utensils.

Continuing his jibe, Mr Gandhi claimed that since PM Modi has grown old, he must be feeling tired.

"I told Akhilesh that we must extend some help to Modiji. Let's give him some time...some moments of peace. You (Akhilesh) become the Chief Minister, and he (PM Modi) would get some rest," he said.

Taking a dig at the PM's roadshows in Varanasi, Mr Gandhi said, "Repeated re-takes of Modiji's film are taking place."

In four days, there have been four retakes, but things did not materialise, he said.

"Two days ago there was a roadshow, it did not yield desirable results, then there was a roadshow yesterday, it too did not result in anything positive. I heard that today Modiji is walking on foot," said the Congress Vice President, taking a swipe.

Continuing his attack, he said that Modiji's film of 'Achhe Din' has flopped and will not be available for public viewing.

"In fact, Modiji is afraid, and hence for the last three days he has been camping in Varanasi," he alleged. In his speech, Rahul said that five years from now, if a farmer from the state goes to the US, he would find that the phones available there are manufactured in UP.

"We would emboss 'Made in Uttar Pradesh' over it, and whichever shop he visits, the entire stock would be from UP," Mr Gandhi said.