After poll debacle, Irom Sharmila in Kerala to live among tribals 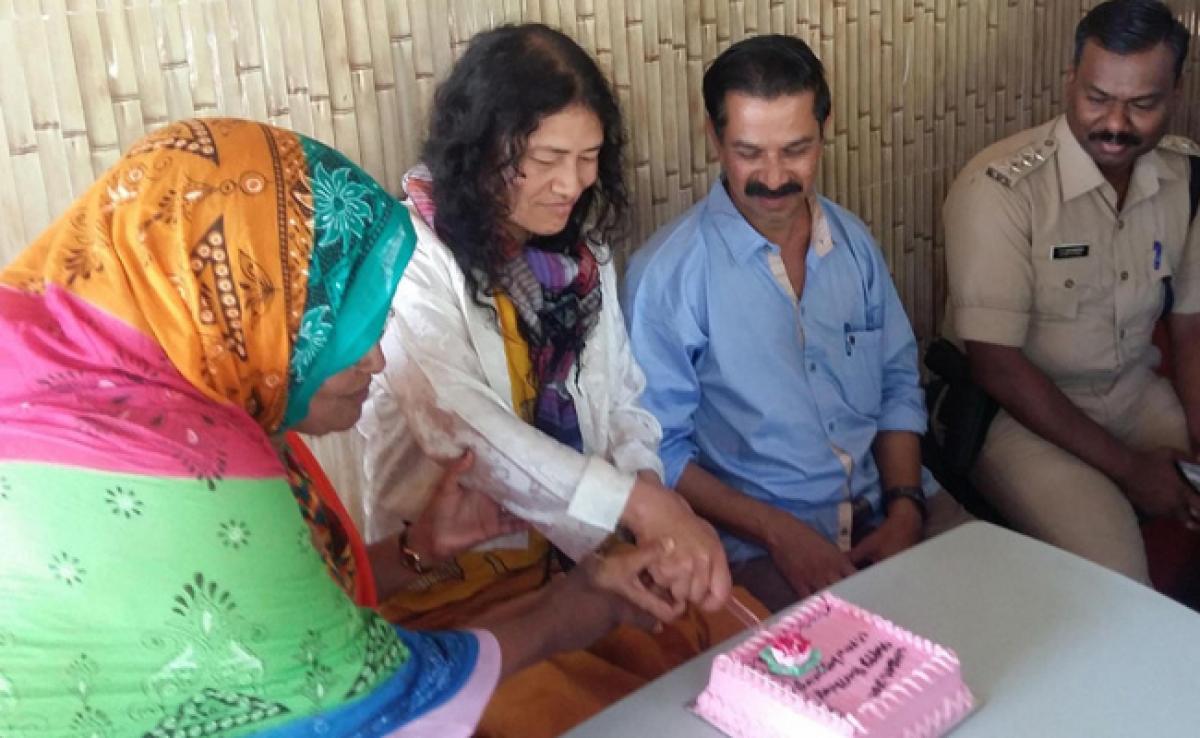 Human rights activist Irom Sharmila, who had a disastrous debut in the recent Manipur elections, will spend some time in this tribal settlement in Palakkad district.

Human rights activist Irom Sharmila, who had a disastrous debut in the recent Manipur elections, will spend some time in this tribal settlement in Palakkad district.

She arrived on Tuesday in this tribal hamlet to be away from the post poll frenzy and made it clear she would continue her fight for human rights and protecting democratic values on her return.

Sources close to her said that she would spend around one month in Attappadi, one of the largest tribal settlements of Kerala. Sharmila arrived here via Coimbatore in Tamil Nadu on her first visit to Kerala.

The 'iron lady' of Manipur said she would continue her fight for human rights and protecting of democratic values.

When asked about her poll debacle, she said "Nothing much constructive and transparent system in the political arena will be seen... Because, elections are based on money and muscle power."

Sharmila, who went on fast against AFSPA for 16 years, had contested from Thoubal constituency against Chief Minister Okram Ibobi Singh but was relegated to the fourth position winning just 90 votes.

Though she was sure of defeat, the magnitude of the outcome was unexpected, she said, adding that she was not in the election arena for creating her vote bank.

Making it clear that she had not given up her fight, Sharmila said, "I will continue my fight for human rights and for protecting democratic values with more vigour after I return from here."

She also said she was happy to be in Kerala, from where she had got lot of support for her fight against AFPSA.

The activist said she would also use the opportunity to study the problems of tribal people of Attappady, where large number of infant deaths have been reported in recent time.

Earlier, speaking to reporters in Coimbatore, she reiterated that elections were based on money and muscle power. She said "the people of Manipur are on the path of realisation and they will come to know about this soon.