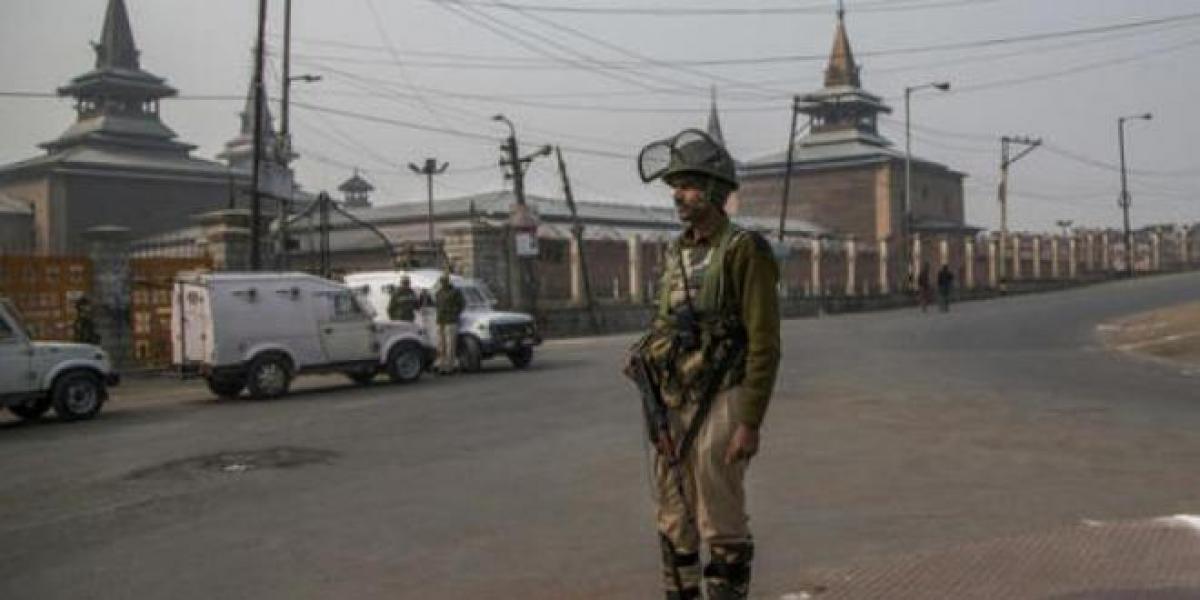 A policeman was injured on Wednesday in a gunfight between holed up militants and the security forces in Jammu and Kashmir\'s Kupwara district.

A policeman was injured on Wednesday in a gunfight between holed up militants and the security forces in Jammu and Kashmir's Kupwara district.

Police said that on a specific information about presence of some militants in Kalaroos area of the district, the forces laid a cordon and started a search operation. During the operation the militants fired at the security forces that wounded a police constable.

An encounter with the militants has started in the area and all exit routes have been sealed, police added.