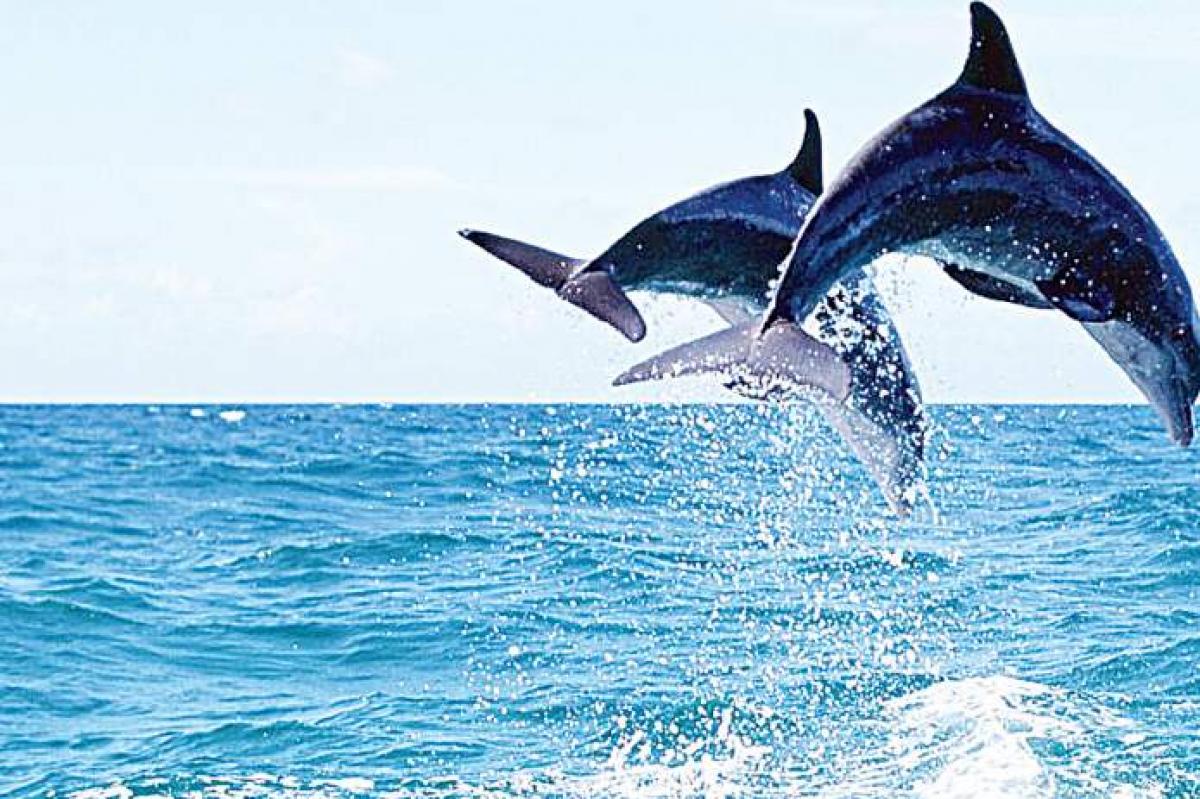 The current global population of the species is between 1,200 and 1,800 individuals.

Experts from Worldwide Fund for Nature-India, who mapped the abundance of and threats to Gangetic dolphins in the Hooghly, say one of the most "striking features" of the study was that the endangered mammals were sighted in highly polluted pockets of the river.

The study was conducted by observing and counting dolphins from the riverbank at specific locations along the 534-km stretch of the Hooghly in West Bengal.

The current global population of the species is between 1,200 and 1,800 individuals.

"We sighted around 75 to 80 dolphins, between Farakka and Ganga Sagar, during the period. We know that in locations where pollution levels and man-made disturbances are high, dolphins are usually not found. However, there are some highly-polluted points such as Kolaghat and Gadiara where we sighted the mammals.

"If we take measures now, if we can reduce the level of pollution and generate awareness, then we can protect them," Saswati Sen, State Director, WWF-India, West Bengal, told IANS on Wednesday.

Sen spotted around seven to eight dolphins with calves in Kolaghat, a town located on the banks of the Rupnarayan river in the East Midnapore district.

The organisation has initiated a dialogue with municipal corporations and panchayats to help generate awareness in these locations.

The survey was conducted from 2012-2014 to explore the behaviour, abundance, habitat-use and potential threats of the dolphin in the lower, middle and upper stretches of the river Ganga and its tributaries in southern Bengal.

The findings were published in the Journal of Threatened Taxa in August 2016. The paper was co-authored by marine biologist Mahua Roy Chowdhury and Sangita Mitra (presently associated with National Biodiversity Authority).

Observations were made during the day-light hours at 12 stations and their adjacent river stretches (from a boat) and along river banks during the study period.

Global positioning system (GPS) was used during navigation for recording the locations of sightings around every station and adjacent water channels.

As for threats, the study notes: "It was noticed during this study that potential threats in the dolphin habitat have an adverse impact either directly on their prey species or confine the habitat into isolated pockets."

Some of the key concerns raised by the study are: Entanglement of the mammals in fishing gear such as nylon gill nets, availability of fish, the presence of dams and barrages in the river that prevent their migration and lead to the segregation of populations.

"Farakka Barrage on the Ganga is one major impediment in the movement of dolphins since its commissioning in 1975. Currently, there are five connecting bridges over the river Rupnarayan at Kolaghat and a series of sluice gates over river Damodar near Garchumukh obstructing the movement of the dolphins," the study highlights.

Now the researchers plan to go for observations in stretches between two points along the river. "We plan to do it after the monsoon when the water recedes," Sen added.

The Ganges River dolphin inhabits the Ganges-Brahmaputra-Meghna and Karnaphuli-Sangu river systems of Nepal, India, and Bangladesh.